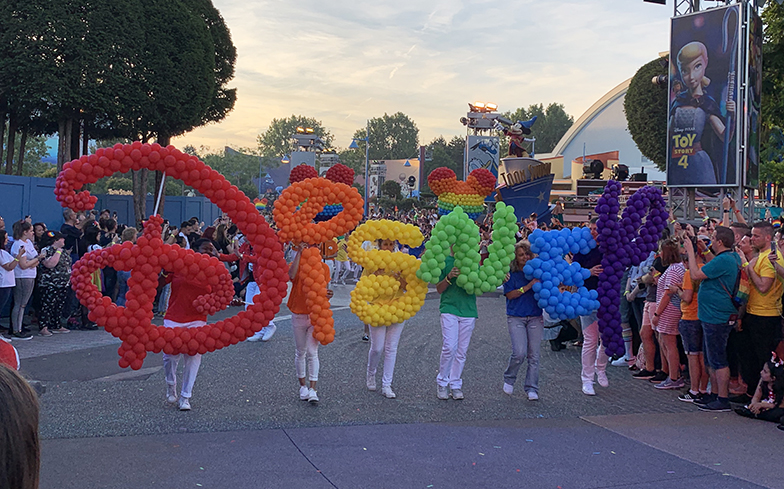 On 24 February, the state’s House of Representatives passed the controversial law by a vote of 69-47.

The legislation, which is officially called the Parental Rights in Education Bill, was created to restrict “classroom discussion about sexual orientation or gender identity” in primary schools.

The bill is now headed to Florida’s Republican-held Senate, which will likely pass the anti-LGBTQ+ initiative.

Since the bill’s recent progression, activists have denounced the law for its harmful censorship of the LGBTQ+ community.

The immense backlash has also brought attention to corporations like Disney, who have surprisingly funded the bill’s supporters.

According to a report from the Orlando Sentinel, the international company allegedly donated to every sponsor and co-sponsor of the heinous bill.

One of the individuals that received a Disney check is republican Dennis Baxley, who has been an avid supporter of anti-LGBTQ+ legislation. He has even compared kids with same-sex parents to kids being raised by alcoholics and abusers.

The revelation of Disney’s donations has since spawned numerous protests outside their theme parks.

However, instead of condemning the legislation or stopping their funding, the company released a blanket statement supporting the LGBTQ+ community.

NEW: Disney responds to protests and calls for action surrounding Florida’s “Don’t Say Gay” Bill, saying in part, “The biggest impact we can have in creating a more inclusive world is through the inspiring content we produce.”

“We understand how important this issue is to our LGBTQ+ employees and many others. For nearly a century, Disney has been a unifying force that brings people together. We are determined that it remains a place where everyone is treated with dignity and respect,” the company said via Good Morning America.

“The biggest impact we can have in creating a more inclusive world is through the inspiring content we produce, the welcoming culture we create here and the diverse community organisation we support, including those representing the LGBTQ+ community.”

Even though Disney has released a company-wide statement, CEO Bob Chapek has failed to weigh in on the matter.

In a report from The Hollywood Reporter, a Disney source gave insight into the 61-year-old’s radio silence.

“Chapek is staunchly opposed to bringing Disney into issues he deems irrelevant to the company and its business,” they said. “Whatever Bob’s personal politics are, he’s not an activist and does not bring any partisan agenda to work.”

“I’m with the President on this! If passed, this bill will put vulnerable, young LGBTQ people in jeopardy,” he wrote.

I’m with the President on this! If passed, this bill will put vulnerable, young LGBTQ people in jeopardy. https://t.co/fJZBzre4yM