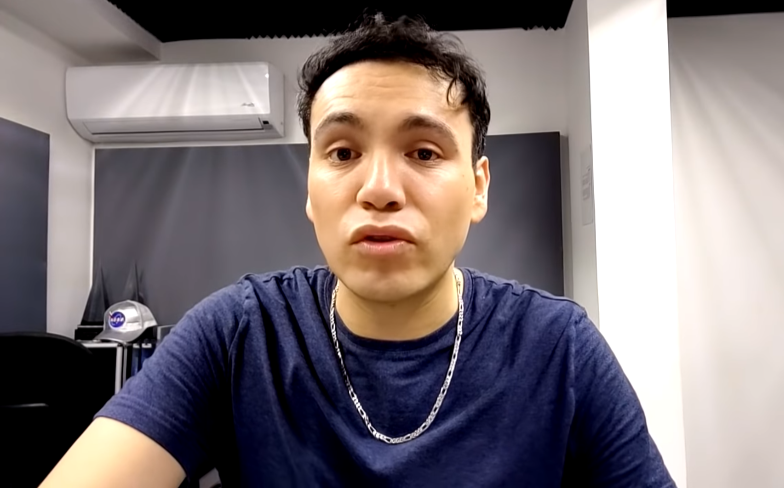 The singer said people had cautioned him about coming out.

Last week, Mexican singer Edmundo Gómez Moreno, known professionally as Raymix, came out as gay in a YouTube video, titled: Oficialmente me declaro Gay (:, which translated means I Officially Declare Myself Gay. The singer is most known for his 2018 hit, Oye Mujer, which is about women in clubs.

During the video, he said: “Can you believe that in 2020 there are people in the industry who told me not do this video? That I should stay quiet and pretend to be a person that I’m not because I wouldn’t be successful. They told me the world is not ready for an artist who sings cumbia, or regional Mexican music [to come out].”

Speaking to LGBTQ Nation in his first interview since coming out, he revealed he had fears about it, because of the way his genre in music is usually seen by fans. “That genre always talks about the beauty of the girls and having straight relationships,” he explained.

“I’m really surprised that people have given me a lot of support. I feel very relaxed now because I can be myself now. People are OK with that and that’s something I really appreciate.”

He added that he came out as his “soul was telling me to do it now” and joked that he had “perfect timing” with it, due to it currently being Pride Month.

He also spoke about the evolution of his sexuality, saying: “In these past few years, I realized I was feeling more comfortable and even falling in love with men more than with women. In my life, I’ve had girlfriends, but that doesn’t mean I’m going to be a straight guy. Love comes in very different ways with many different people and that’s the beauty of it.”

Raymix also shared his views on the evolving situation for LGBTQ+ people in Mexico, saying: “In Mexico City now it’s perfectly legal to have a same-sex marriage. I remember when I was a child that being queer was seen as something like disgusting and very bad.

“Now I’m seeing that people are evolving and everyone is moving forward. Mexico is more open than before. I feel like Mexico is making progress in many ways.”

And given his success, with his new song, Tú y Yo, currently No. 1 in Mexico, he admitted he was “curious” to see if other LGBTQ+ artists in the country might follow in his footsteps and come out.

You can watch Raymix’s coming out video below, or by following this link.