Marsha P. Johnson to be honoured by DC Brau for Capital Pride 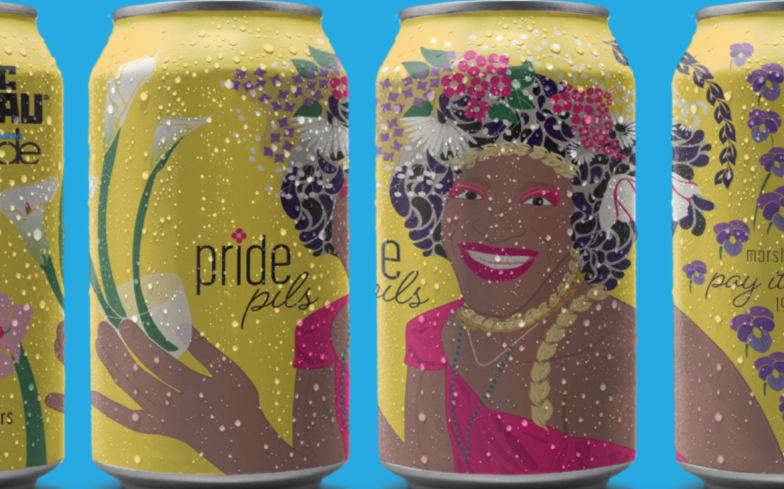 The trailblazer and pioneer is set to feature on 28,000 limited edition cans for Capital Pride.

Beer company DC Brau have announced they will feature a design of Stonewall pioneer Marsha P. Johnson on 28,000 cans for the upcoming Capital Pride.

The cans have been designed by Maggie Dougherty, and proceeds from the sales of the cans will be donated to SMYAL, a charity that helps LGBTQ youth, and The Blade Foundation, which helps fund LGBTQ journalism. Two t-shirts with designs inspired by the can will also go on sale, with the proceeds being donated to The Blade Foundation.

Dougherty, who lives in Washington DC, won DC Brau’s annual Pride Pils Can Design competition to have her design featured.

Praising the design, Brandon Skall, the CEO and co-founder of DC Brau, said: “Maggie’s design cuts to the core of what this project has always been about for us, celebrating the beauty, love and diversity of the LGBTQ community here in DC and beyond.

“We are thrilled the public vote jibed with what we feel is the perfect way to commemorate the 50th anniversary of Stonewall and the golden birthday of our partners at The Washington Blade.” And speaking about her inspiration, Dougherty said: “This design celebrates the progress that’s been made since Stonewall while remembering how much more work needs to be done.

“The flowers on the label are for those blooms that Marsha was known to wear in her hair, as well as 27 pansies representing the 27 trans deaths that took place in 2018 and early 2019.”

Marsha P. Johnson was a key figure in the Stonewall Riots, which took place in 1969 after a violent police raid on the iconic Stonewall Inn, a gay venue considered by many to be the birthplace of the modern day LGBT+ rights movement.

Along with fellow trans icon Sylvia Rivera, Marsha also founded Street Transvestites Action Revolutionaries (S.T.A.R.) which is a trans activist group based in the heart of NYC’s Greenwich Village.

In 1992, Marsha’s body was found in the Hudson River. New York police initially ruled that Marsha’s death was suicide, but friends and activists believe otherwise.