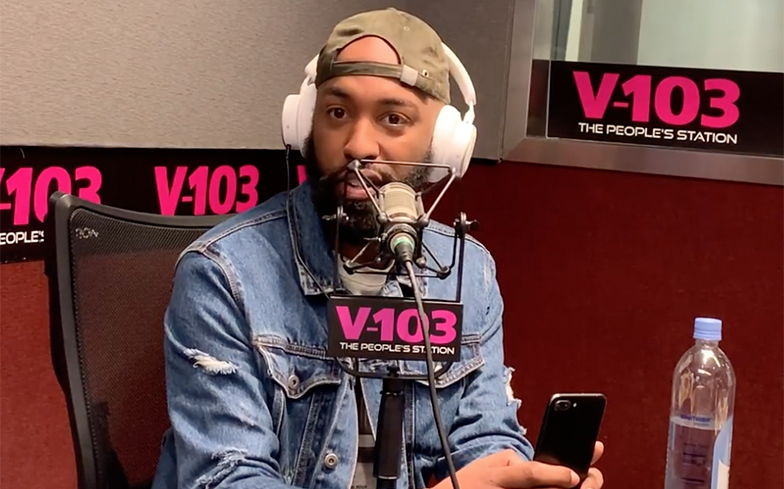 The reality TV star revealed that several of his relationships had ended after he told his partner he was bisexual.

Carlton Morton, who rose to fame earlier this year on Love is Blind, has spoken more openly about the stigmas faced by those in the bisexual community.

During his time on the reality TV show, Carlton came out to fiancée Diamond Jack, but this led to a heated argument and the end of their relationship. And speaking to Women’s Health, Carlton revealed that many of his relationships had ended after he told his partner about his sexuality.

Speaking about his past experiences, he recalled: “I met a woman who I really liked around the time I turned 20, and we hooked up for a month or so before we started dating.

“Within the first week of making it official, I told her I was bisexual. And she told me that she didn’t want to be together anymore. She was too worried what people would say and think about both myself and her. So we ended it.”

He explained that this experience broke his “confidence”, and made him feel that he had to “choose” between being straight or gay, an issue confronted by many bisexuals due to other people’s ignorance.

Carlton added: “My relationships since then have either been super casual, or serious but short lived after I shared my truth.”

During the interview, Carlton also explored other stigmas faced by those in the bisexual community, saying: “People tend to think that we haven’t made up our minds, we’re not capable of successfully being in monogamous relationships, and we’re sexually promiscuous. That’s just not the case.”

Unfortunately, many people still need educating about this matter, as he confessed: “But that’s exactly the kind of messages I began receiving shortly following the show’s release.”

Elsewhere in the interview, he admitted that he was still trying to “figure out where I fit in in the LGBTQ community, and how I can be an advocate” and added he was “disappointed” in how he came out on Love is Blind, worrying it could have a negative impact on others who fear rejection from a partner because of their sexuality.

But he confidently stated: “I hope that instead both LGBTQ youth and allies realise how hard it is to tell your truth. But if you approach the situation on both ends being slow to anger and quick to love, you’ll have a much better outcome than mine.”

He also shared his regrets over how he handled his coming out to Diamond, explaining: “I was so focused on defending myself that [what] people missed out on was the true Carlton. I’m very sensitive. I’m very emotional. And I wear my heart on my sleeve.

“Proposing to Diamond was the happiest day of my life, despite how everything turned out. I wish I hadn’t let my emotions get the best of me.

“But as soon as I began telling her that I was bisexual, I felt so much anxiety. Our entire relationship just flashed in front of me. I could see it falling apart. I began to self-sabotage because her reaction didn’t seem 100 percent positive.”

Related: Carlton Morton would love a second chance on Love is Blind