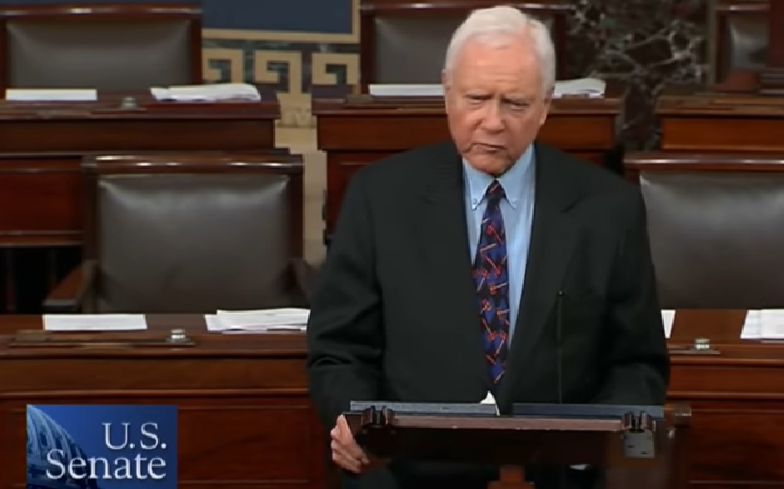 A Republican senator who has previously spoken out about LGBTQ rights made a surprising speech in which he praised LGBTQ youth.

Orrin Hatch rose to the floor of the US Senate on Wednesday to give a heartfelt speech in support of both Pride Month and young LGBTQ people. Beginning his speech, he made reference to the large amount of LGBTQ people who take their own lives.

“I rise today to address a public health issue that has in its wake left a trail of tragedy and shattered lives,” he opened. “A suicide epidemic has touched all sectors of our society. But the problem is particularly acute among LGBT youth who experience bullying and discrimination at every turn.”

As he continued, Hatch brought up how some LGBTQ people become estranged from their families because of their sexuality or gender identity. He then said that the suicide rate in LGBTQ teens required “national attention.”

“No one should ever feel less because of their gender identity or sexual orientation. LGBTQ youth deserve our unwavering love and support.

“They deserve validation and not only assurance that there is a place for them in this society, but that it is far better off because of them.

“These young people need us — and we desperately need them. We need their light to illuminate the richness and diversity of God’s creations. We need the grace, beauty and brilliance they bring to the world.”

He then called on Americans of all “political stripes” to treat everyone with “dignity and respect” no matter where they stood on the “cultural issues of the day” or if they were a “religious conservative or a secular liberal.”

However, Hatch hasn’t always been so supportive of the LGBTQ community. In the 1990s he supported the Defense of Marriage Act which prohibited same-sex couples from receiving recognition or federal marriage benefits. And in 2013 he said he was against same-sex marriage, but supported civil unions between same-sex couples.

Thankfully, his stances are softening. In addition to this speech, Hatch has opposed Trump’s proposed transgender ban for the military, and has also supported the Employment Nondiscrimination Act, which would ban firing, or not hiring someone because of their sexual orientation or gender identity.