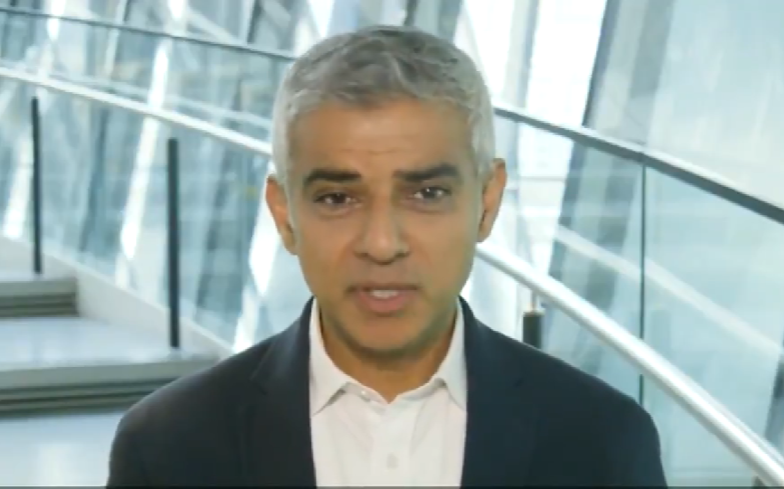 The London mayor has demonstrated numerous times that he is an LGBTQ ally.

London mayor Sadiq Khan has continued to make good on his promise to be “the Mayor for all LGBTQ Londoners” as he appears in a new campaign video by It Gets Better.

“And I’m proud that the overwhelmingly majority of LGBT+ people living in our city feel comfortable about being out and proud. But I also know that many have struggled with their identity at some point in their lives.”

The London mayor then says that he will share some of the stories from LGBTQ staff members working at London City Hall’s LGBT+ Network. “While they capture the challenges and sense of isolation LGBT+ people can sometimes feel, they also offer hope and optimism for the future,” he adds.

Related: Exclusive: Read Sadiq Khan’s letter to the LGBTQ community ahead of Pride in London

The video then changes to staff members, with one woman saying how she felt “isolated” because of her sexuality, with another man saying that he “thought being LGBT+ was being different, being strange.” He later added that a college lecturer failed him on some of his modules because of his sexuality, forcing him to retake the course.

Another woman shared: “Growing up being LGBT was either non-existent or something to be laughed at.” Someone else shared how when they were growing, being gay was “an insult in the playground, something to ashamed of.”

One man shared how there were no “BAME LGBT+ role models or people to look up to.”

One empowering message said: “You’re not alone. It can feel incredibly isolating, but you have a whole community of people who are here for you, and even if you never meet any of us, we’re here and we’ll support you.”

The video ends with each of the group saying “It gets better.”

I’m deeply proud of each one of the City Hall staff who shared their stories in this film.

If you’re LGBT+ and struggling with your identity, know that you’re not alone. It gets better.

Retweet to tell others #ItGetsBetter pic.twitter.com/eXeRfqsKsV

During an interview with Gay Times earlier this year, Sadiq Khan shared his concerns that LGBTQ rights could go backwards. “One of the wonderful things about the last few decades is the progress we’ve made in London and the UK, but we mustn’t be complacent,” he said.

“In the past we’ve discussed how we can speed up progress, but now I’m really concerned it could go backwards. One of the things that makes me worry about that is what I’m seeing around the world.

“We’re seeing the persecution of people because of who they are or who they love around the world, and we’ve got to be a beacon to the rest of the world, but we’ve also got to provide a helping hand.

“We can’t be selfish and say, ‘You know what, things are good here so we’ll just keep what we’ve got and forget about the rest of the world’. We can show the world how we did it, and we can lead by example – not in an arrogant way, but by saying, ‘Look, this is how we did it’.

“Also, we know that when London speaks the world listens and watches, and we’ve got a big advocacy role to play in making sure we promote LGBTQ rights.”