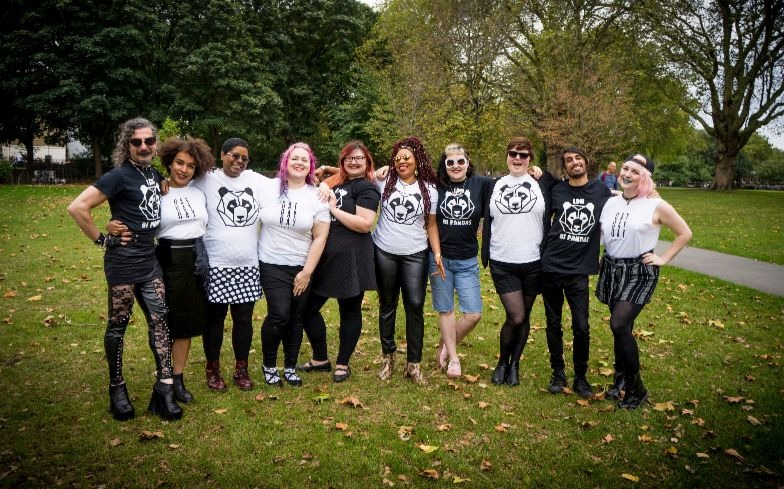 While some bisexual organisations attempt to claim ownership over the flag, the London Bi Pandas have worked on a much more productive initiative. As coronavirus hit, the community group decided to use their fundraising efforts for the 2020 Pride initiative to instead create a hardship fund for vulnerable LGBTQ groups.

These highlighted groups were trans+ and non binary people, migrants, BIPOC, disabled, homeless, elderly, those living in poverty and/or unwaged, sex workers and other marginalisations.

The fundraiser closed on 30 April, and had raised a staggering £21,280. And the group confirmed on Twitter that all of the money had been raised from the community, with it receiving no public funds, grants or corporate funding.

The fund is currently open to London residents, but it’s hoped that the success of the fundraiser will inspire other community groups across the country to pursue similar fundraisers for their community.

The fund is an honour-based system, only apply for what you need, with an upper limit of £150; however, if you require more you can email the group who will try and accommodate if surplus funds are available. To apply to receive one of the hardship funds, a person must first be part of the Facebook group.

Speaking to GAY TIMES about the money raised, the London Bi Pandas said: “We are incredibly humbled to see our community rally behind this incredibly important hardship fund. The project has exceeded beyond any of our expectations.

“When we initially decided to use our Pride 2020 budget to create a Hardship Grant for marginalised LGBTQIA+ people, we never thought we’d exceed a fund of more than £5,000 at our most ambitious. We have never been so glad to be so wrong.

“Over the last 43 days that the fund has been live, we have been finding ourselves incredibly moved by the amount of generosity within our wider LGBTQIA+ community. We’ve been able to give out 111 grants so far, with an additional at least 40 grants to be paid out tomorrow.

“Because of the kindness of our community, we could offer immediate and direct financial relief to the most hard hit in our community – queer people with disabilities, those who are homeless, migrants, refugees, BIPOC, sex workers, low income and unwaged.

“We know however, that it stems beyond kindness, that our community is invested in seeing this project be a success. It’s because the injustices of capitalism can be felt by the most marginalised in our community, and all of us together understand the need of wealth redistribution.

“It’s because our community understands with such immense love and depth the need for mutual aid, for supporting each other in these incredibly difficult times.”