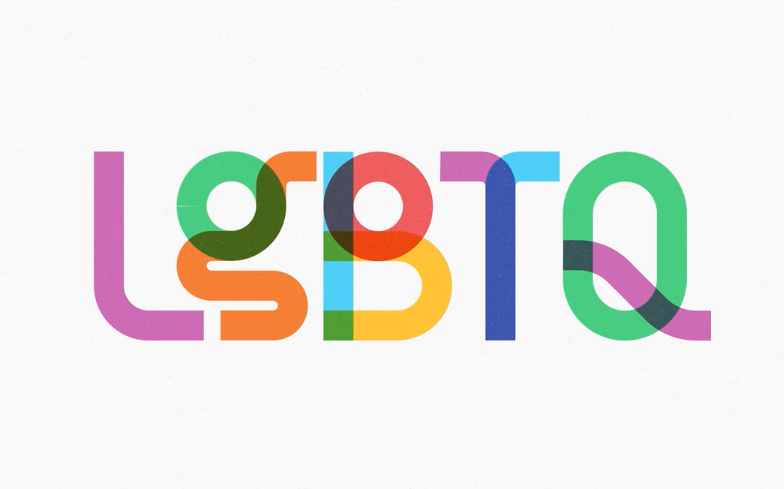 It’s human nature to want to understand the world we live in. Throughout history we have explored, experimented, and then labelled what we have found.

But things become more complicated when you try to do the same with human beings. History is littered with examples of where labels and binary distinctions have caused conflict – the ‘us and them’ mentality has stoked bigotry, led to war, and inevitably forced conformity.

The LGBTQ community knows this only too well. It emerged because LGBTQ people found themselves outsiders from the heterosexual, cisgender majority. At times, we have had to hide who we are, or pretend to be something we are not, just to fit in. We have had to face a majority that doesn’t understand us or our way of life and, in some cases, wants to destroy it. Our best response in these circumstances has been to come together to support each other.

But that’s not true of everyone. Many of us – lesbian, gay, trans, and queer – live entirely separate lives which never overlap, instead surrounding ourselves with people who look, sound, and act like us. And while it’s human nature to seek comfort in the familiar, LGBTQ History Month is an important opportunity for us to recognise our shared history and the struggle against labels which is common to us all.

The past: It wasn’t until the end of the nineteenth century that the western world started to take a serious look at sexuality and gender, and begin to categorise it. Rapid advances in industrial, scientific and medical knowledge were taking place, and new fields of study were emerging. Sexology – the scientific study of human sexuality – developed from within the medical profession and began conducting the first systematic examination into all aspects of sexuality and gender. The words homosexual and heterosexual quickly appeared and early attempts were made to define transgender people. Before this, the idea of a gay or trans person simply didn’t exist. There were men having sex with men, women having sex with women, as well as people identifying with a gender opposite to the one they were assigned at birth, but this wasn’t defined – either in language or in a public discourse. Criminality of difference and social conservativism prevented people living openly the way they wanted. There was little space for a proper exploration of what it could mean to be something other than the dominant heterosexual and cisgender majority. The world refused to acknowledge difference.

Things didn’t change overnight. It would take two world wars and further industrialisation – giving people the opportunity to move away from home and live independent lives for the first time – for progress to be made. Newspapers became more willing to examine homosexuality, and the high-profile Montagu trial led to calls for legal reform.

The Wolfenden Report followed, and finally the Sexual Offences Act. Women gained greater freedom over their own lives and, gradually, people began living openly gay lives, while some pioneers started the journey to medically reassign their gender.

Binary sexual identities emerged in response to the identity politics of the 1960s and 1970s, when gay rights activists began to define themselves in opposition to the heterosexual majority in order to campaign for political and social change. But for those early activists, coming out as gay or trans was only supposed to be part of the journey to change the world, and in the words of the Gay Liberation Front, “rid society of the gender-role system which is at the root of our oppression.” Instead it established a binary way of understanding sexuality, reducing the experiences of millions of people into just two categories.

Queer was one reaction. It presented people with the opportunity to consider definitions of identity which went beyond the narrow gay or straight. It offered a language and way of living which encompassed the full spectrum of human experience and stood in opposition to the perceived assimilation of gay people into the traditional heterosexual life – including through equal marriage, parenting, and monogamy. Reclaiming a word which had been used to hurt and narrowly define was a particular “fuck you” to the heteronormative world. The future: Defining yourself as queer is not for everyone, but its existence does suggest that the binary created in order to fight for our rights may be starting to reach the end of its usefulness. With gay life increasingly accepted, we may reach a point when it is no longer necessary to define ourselves by such a narrow label of our sexuality.

Gender is arguably on the same path. For most of human history it has been forced into the male/female binary, but this is now being challenged. With traditional masculine and feminine behaviours no longer so rigidly defined, a space has developed for people to consider the nature of their own gender identity, and start to understand how – like sexuality – it exists on a spectrum.

Film-maker, trans campaigner, and artist Fox Fisher is one of a number of people who identify as non-binary and take the pronouns they/them. For them, the term is for someone whose identity sits outside the male/female binary. “To me, non-binary is an identity that falls under the trans umbrella. Trans isn’t just people who have a medical transition, it encompasses everyone, regardless of whether or not they have medical interventions at all.

“Gender identity is such a core part of the human experience,” explains Fox. “With my masculine appearance now, I’m happy to be seen by strangers as a guy and have male pronouns, but I’m telling you, I don’t feel like a woman and I don’t feel like a man. This is tricky to quantify when we live in a very gendered world, with lots of stereotypes and our identity is about a lot more than just what we wear or what people perceive.” The nature of how we identify ourselves and others is at the heart of this. Labels of identity are man-made and in an ideal world should be for an individual to decide for themselves.

And so, while Fox doesn’t believe gender is going to suddenly become obsolete, a space is developing for this self-definition to happen. “I just think that men and women are becoming more free to express themselves in various ways, both when it comes down to their gender, their sexual orientation and the way they experience their gender. I don’t think we will ever live in a society without gender, so in my mind it’s about destroying those boxes that confine people to certain types of expression, roles and expectations.

“I think we’re moving to a place where we’re really starting to talk about the core of gender identity, and that’s regardless of how we express, regardless of our physical attributes and people’s perceptions. Obviously, all these factors affect our day to day lives and how we are treated, but it’s my hope that these categories will open up and we’ll accept people exactly as they are and stop policing each other.”

Like a queer identity, non-binary may not be how you want to define yourself, but its existence suggests that labelling difference – whatever that difference is – may soon involve a lot more than simply picking from a list of two.