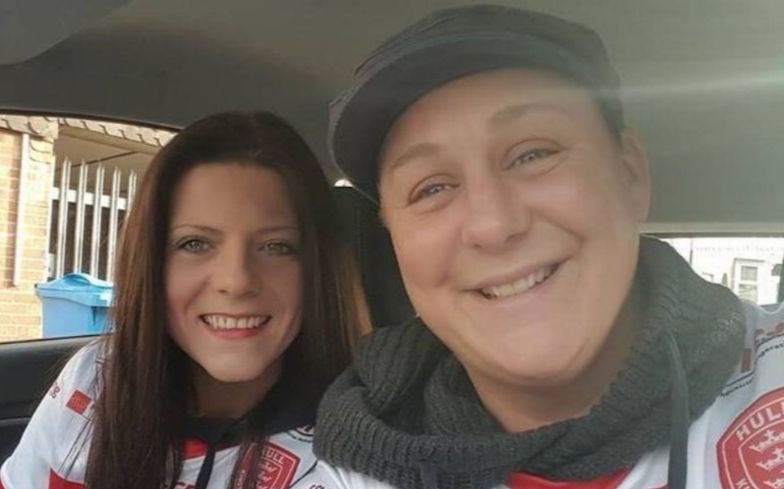 Parents Vikki and Stephanie Parkey received the anonymous letter slating them for raising a child.

A lesbian couple, living in Hull, have received an anonymous letter saying that their raising of a child was “immoral and wrong.”

The letter, which was typed up on a computer, said: “We, the residents, are not happy with same-sex couples living in our area. Especially not when bringing up a child. It is immoral and wrong.

“We suggest you move to a more appropriate area of the City.”

The couple were understandably shocked and hurt by the letter. Speaking to Hull Live, Vikki said: “We’ve lived here at the property for six years and never received anything like this. We just couldn’t believe it. It was very hurtful, but this is just one asshole, well hopefully, just one asshole, who is doing this.”

Related: A suspect has been arrested in New York City after assaulting a lesbian and leaving her with a fractured spine Speaking about their initial reaction to the letter, Vikki said: “I went downstairs this morning and my wife was in tears about it and when I asked her what was up she showed me this letter.

“When I read it, I instantly became mad more than anything for upsetting my wife and thinking that they have any right to pass judgement on us and most of all that they thought they had a right to even mention my daughter.

“It’s two different emotions really: mad at the bigotry of it all and upset that there was nothing I could do to stop Steph being upset about it.

“We have never had a problem before, but these opinions in this day and age are just not acceptable. Whoever sent it are just cowards really.”

However, Vikki shared that she didn’t have any idea of who sent the letter, saying: “When we were going through IVF, all the neighbours were all really excited for us so we know its not the street as a whole.”

The letter was reported to Humberside Police, who confirmed they are investigating a “report of malicious communications.”

Comments on the article were supportive of the couple, with a former neighbour writing: “I lived opposite these guys for four years, lovely people and a great couple to be bringing up a child.”

Another person said: “The fact that it was anonymous speaks volumes, first that they have not moved on with the times and second that they don’t have enough courage to confront the couple and explain why they have these outdated feelings.”