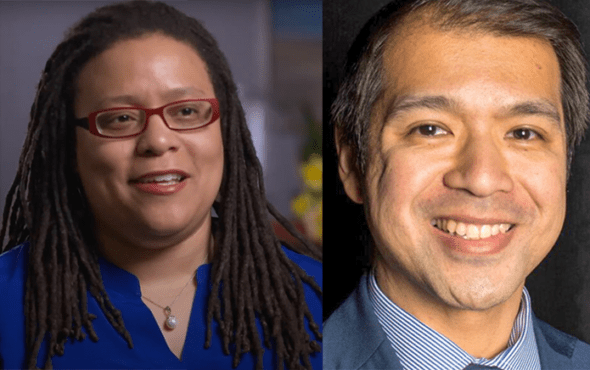 Kim Jackson and Marvin Lim are examples of the landmark LGBTQ+ shake up sweeping the House and Senate.

Jackson was sworn into office on Monday (11 January) which marked the historic occasion.

Alongside Jackson’s addition to Senate, the inclusion of Georgia State Representative Marvin Lim, the number of LGBTQ+ politicians has grown to an all-time high at seven.

Speaking on the historic moment, Jackson issued a statement: “I am honored to be afforded the opportunity to represent the people of Senate District 41 in the state Capitol and I am humbled by the trust displayed in me.

“As the hardworking legislatures before me have demonstrated, we must always continue to promote legislation that supports the needs and concerns of every Georgian. I am eager to work with my colleagues on both sides of the aisle, and in both Chambers, to ensure all voices are heard and represented.”

Speaking on LGBTQ+ diversity, Lim added: “I am a representative, but I cannot represent every possible voice, which is why it is so important for me to make sure the voices of other people are represented.

“When that comes to the LGBTQ community, obviously I am going to ensure, given the intersectionality of my district – there are a lot of LGBTQ minorities – that that type of voice is represented.