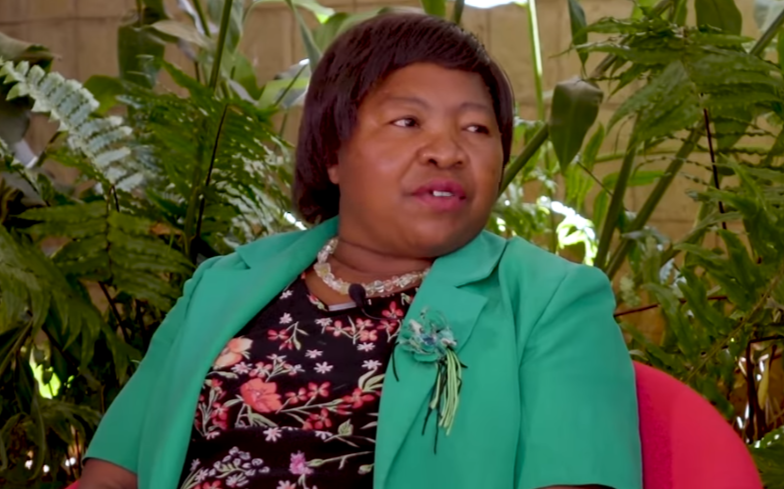 Jacinta Nzilani came out as a lesbian earlier this year, and has defended her sexuality and the LGBTQ community.

In her first television interview since coming out, Kenya’s first and only lesbian pastor, Jacinta Nzilani, has defended the LGBTQ community against Bible verses that condemn homosexuality.

When asked about the verses on Tuko TV, Nzilani replied by saying: “God didn’t give us freedom which is limited—it is unlimited. I am free to choose what I want.

“The way they [LGBTQ people] relate—the way they associate and express themselves—should not be agenda for others to block them, criminalise them and let them be cocooned somewhere.

“They are people of God, children of God, and God has given us all things in equity. If it is life, it is equal to everybody. If it is salvation, he gave it to us all.”

Opening up about having been married to a man beforehand, she said it helped her realise that she loved women. “I was looking for that touch of a woman, that love, that care, hospitality,” she said.

However, fearing some reactions, Nzilani said she waited for her mother to pass before coming out, as she didn’t want to “embarrass” her.

She also spoke about the support from her daughter, saying: “I thank God for my daughter who I love so much… She was like: ‘I’m behind you mum, because I love you.’

“She knows how we pass through difficulties and hardship together, and she told me she would pray together with me.”

And speaking about the main reason she came out, she added: “You can never change that which is in you. You feel it, it has to come out.”

Homosexuality is currently illegal in Kenya, with people convicted facing a possible 14-year jail sentence. The High Court was due to make a ruling on whether to legalise it back in February, but that was postponed until May 24.

The case calls for Sections 162 and 165 of the Kenyan Penal code to be repealed, arguing that they are discriminatory and unconstitutional. However, religious groups in America have funded the Kenya Christian Professional Forum who want to make the rules much tougher and for them to explicitly target homosexuality.