Judge rules that trans people in North Carolina can use bathroom of their preferred gender, despite anti-trans law 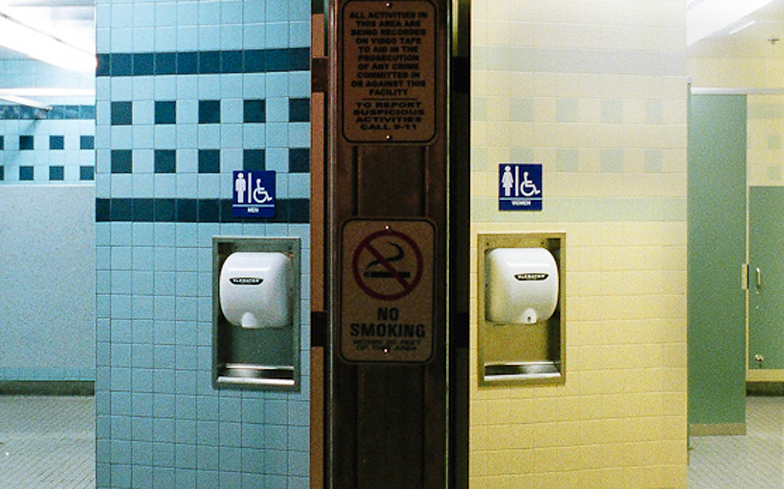 The ruling was made earlier this week.

In 2016, North Carolina passed a HB2 that said that transgender people had to use the bathroom which corresponded with their birth gender. Due to the hateful piece of legislation, the state lost tourism and sporting events among other things.

The following year, the government partially repealed the law, replacing it with HB 142. However this stopped cities and local governments from passing their own anti-LGBTQ discrimination legislation, meaning that trans people still had to use the wrong bathroom.

But, earlier this week, a judge ruled that the law does not stop transgender people from using the bathroom which corresponds with their gender identity.

In his ruling, U.S. District Judge Thomas Schroeder wrote: “Nothing in the language of Section 2 [of HB 142] can be construed to prevent transgender individuals from using the restrooms that align with their gender identity.”

Judge Schroeder also said that he was open to further challenges to HB 142, meaning that cities and local governments may be able to pass their own anti-LGBTQ discrimination measures.

Joaquin Carcaño, the lead plaintiff in the lawsuit, praised Judge Schroeder’s decision, saying: “I am relieved to finally have the court unequivocally say that there is no law in North Carolina that can be used to bar transgender people from using restrooms that match who we are.

“For the past two and a half years, I have been unable to use restrooms in my home state without worrying that I will be subject to discrimination, harassment, or even arrest.

“Our community has faced so much discrimination because of HB 2 and HB 142, and this decision will give us more support to defend the rights and basic humanity of our community members across the state.”

Chris Brook, the legal director of the American Civil Liberties Union in North Carolina, said: “By making clear that transgender people in North Carolina cannot be barred from using public facilities that match their gender identity, this decision lessens some of the harm that has been caused by these laws’ disgraceful and indefensible attacks on LGBT North Carolinians.

“The court’s decision does not account for the very real injuries LGBT people have faced under both HB 2 and HB 142, but we will continue fighting for the rights of all LGBT people in North Carolina as this case proceeds.

“The bottom line is that LGBT North Carolinians deserve to feel secure in knowing that when they go about their daily lives and interact with businesses open to the public, any discrimination they encounter is unacceptable.”