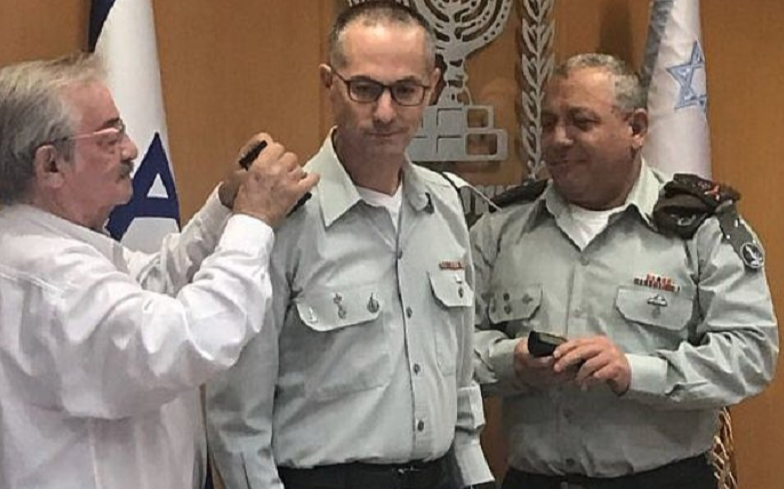 Sharon Afek has become the first openly gay major general in Israel. He was promoted to the position on Thursday. The decision to promote Afek was made earlier in the year when it was decided that the role of major general was better suited to the role of military advocate general, which was Afek’s previous position.

The Times of Israel reports that Afek was promoted in a small ceremony, and that his insignia was placed on his shoulders by his father, and the IDF’s Chief of Staff, Gadi Eisenknot.

In an acceptance speech, Afek said that his new role means that he will be able to “act shoulder to shoulder with commanders, in order to ensure that the IDF is able to fulfill its goal and win, without giving up on the rule of law.”

He continued, saying: “Even in the times of the most complicated and difficult fighting, the IDF was strict, is strict and will be strict in remaining within the bounds of law and justice.

“This dedication of the IDF to law and justice is a source of strength and not weakness. It allows us to operate as a people’s army in a democratic state and to preserve the trust of the public.”

In an interview last year, Afek spoke about how important him being in his previous position was in showing LGBTQ Israelis that the military would accept them.

“It’s important for me to act as a role model,” he said. “Even today, in the year 2017, we still encounter manifestations of ignorance and hatred of others. It’s important to me that young men and women know that there are no glass ceilings in the IDF that limit them.”

Earlier this year, Israel elected its first openly gay mayor. After serving as deputy mayor for six years – and a city council member for 15 – Eitan Ginzburg was appointed into the position by the Ra’anana city council on 16 March.

“I feel there is significance that another glass ceiling was shattered, showing the progress in Israeli society,” Ginzburg told The Jerusalem Post.

He added: “I was chosen because of my work. I am happy the fact that I am gay did not stop me from getting elected with the support of the Bayit Yehudi. I was chosen not because I am gay and not in spite of it, but because of the work I have done.”