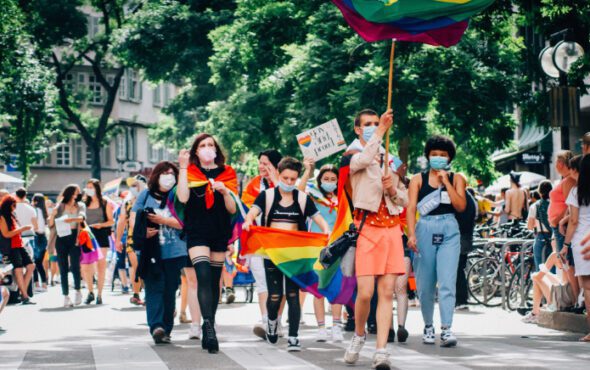 Hundreds of people have been compensated after a law criminalising homosexuality continued to be enforced after the Second World War.

The legislation saw people investigated or persecuted for their sexuality, which German authorities are now trying to make up for.

Paragraph 175 was created in 1871 before being repealed in 1994, with it being most severely implemented under Nazi rule.

On 13 September, the country’s Federal Office of Justice shared that 317 applications were received and 249 of these had compensation paid out by the end of August.

This is equivalent to £732,000 worth of payouts, with 14 applications still in the processing stage.

The office said that there have been 18 rejections and 36 withdrawals so far and the compensations available also apply to those convicted in East Germany.

The convictions made under the law were annulled in 2017, with it being in place until 1969 when West Germany decriminalised homosexuality.

Compensation is offered at a rate of €3,000 per conviction, as well as €1,500 for every year spent in jail because of it.

There is also €500 for each investigation opened, €1,500 for every year sent in pre-trial custody and the same amount for other disadvantages related to the law.

A statement was approved by the German parliament in 2000 which officially declared the country’s regret over keeping the law in place after the war.

Those wishing to apply for compensation have been given a deadline of 21 July 2022 to do so.