Berlin memorial to gay victims of Nazis has been vandalized 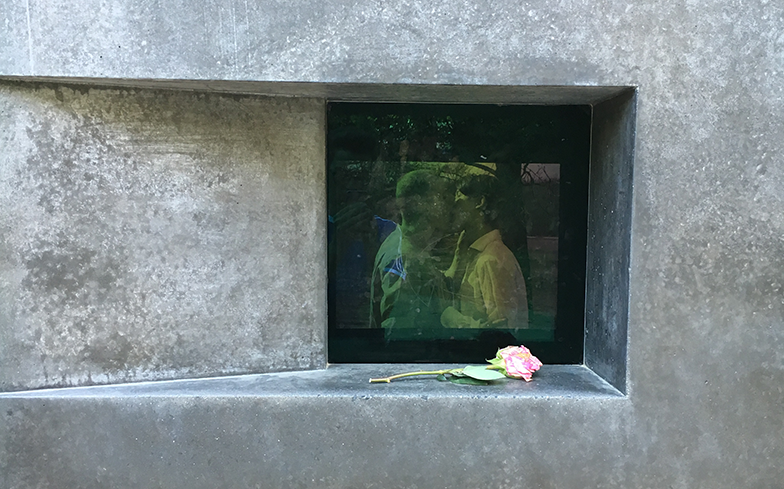 The Berlin memorial to homosexual victims of the Nazis has been vandalized.

The concrete memorial, called Denkmal für die im Nationalsozialismus verfolgten Homosexuellen (translated to Memorial to Homosexuals Persecuted Under Nazism) has been painted over.

It is located in Berlin’s Tiergarten park, a short walk from the memorial to the Jewish victims of the Holocaust. The memorial features a small opening into which visitors can see a black and white video of a same-sex couple kissing.

Berlin police currently have no suspects and wouldn’t reveal if there was surveillance of the crime.

It has been frequently vandalized since.

During Adolf Hitler and the National Socialist German Workers Party’s reign, homosexual men – and also lesbians, to a lesser extent – were specifically targeted by the Nazis and were among the victims of the Holocaust.

Most countries failed to acknowledge the treatment of homosexuals in concentration camps; after the war, some men were even re-arrested and imprisoned based on evidence that was found during the Nazi years.