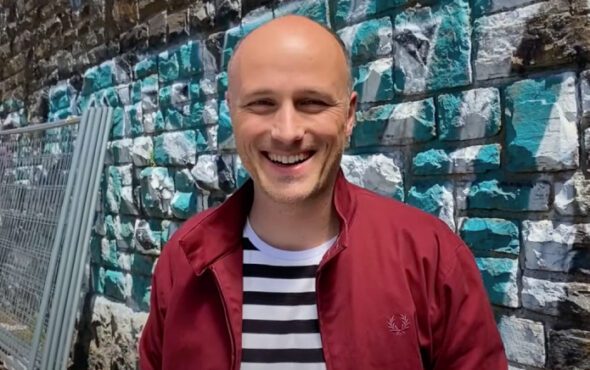 Germany has made LGBTQ+ history with its brand new government role that tackles queer issues.

On 5 January, the country appointed Sven Lehmann as the Federal Government Commissioner for the Acceptance of Sexual and Gender Diversity.

According to a report from Euro News, Lehmann will be in charge of creating policies that promote inclusivity and diversity.

The 42-year-old Green Party member is part of the newly formed coalition government – which is headed by Social Democrat Chancellor Olaf Scholz.

Shortly after accepting his new role, Lehmann released a statement about the importance of protecting the LGBTQ+ community.

“The protection of people because of their sexual and gender identity must be guaranteed in the Basic Law,” he said. “Everyone should be able to live freely, safely, and with equal rights.”

Before landing his position, the political figure was a devoted queer and social policy spokesperson for the Greens.

Ulle Schaws, who worked alongside Lehmann, told DW.com that his previous experience with LGBTQ+ issues makes him perfect for the role.

“The issue of justice drives him. That’s why fighting for a life free of discrimination, for acceptance and diversity is like an engine that drives him,” she explained.

“Lehmann’s close contact with rights groups and activists means he knows exactly what issues are affecting the queer community.

“Even in discussions where there’s criticism, he always has an open ear for what’s important and what problems there are.”

LGBTQ+ organisations within the country have also expressed excitement over the new role and Lehmann’s involvement.

In another statement to DW.com, Germany’s Lesbian and Gay Association (LVSD) referred to the politician as the “driving force” in getting promised queer projects up and running.

“Right now he should urgently endeavour to ensure that LGBTQ+ people are explicitly included in the admission program for refugees from Afghanistan, which was recently presented by Foreign Minister Annalena Baerbock,” said LVSD board member Henny Engels.

“It is a historic victory for the Greens, but also for the trans-emancipatory movement and for the entire queer community,” Ganserer told Reuters, adding that the results signify Germany becoming a more accepting country.

The history-making achievement also brought an end to Merkel’s 16-year position in power.

According to figures released by election officials on 27 September, the SPD narrowly beat out the CDU/CDU with 25.9% to 24.1% of the vote, respectively.

We cant wait to see what these inclusive lawmakers introduce.