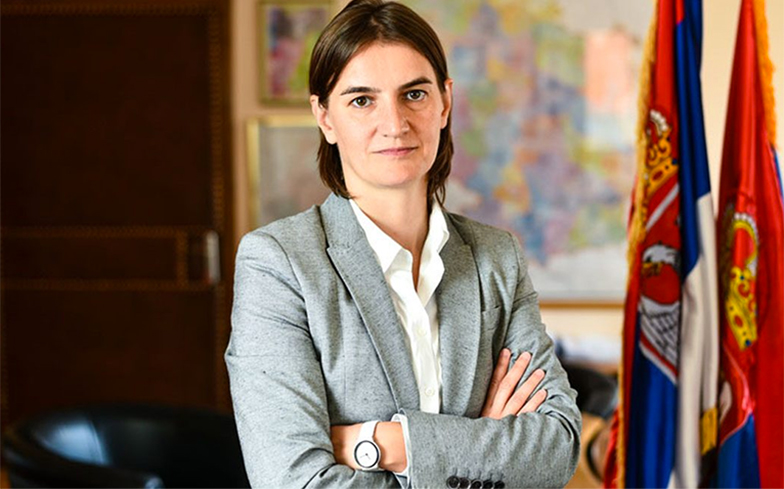 Ministry of Public Administration and Local Self-Government, Republic of Serbia via Wikimedia

Last year, Ana Brnabić became Serbia’s first openly gay– and female – Prime Minister, despite some politicians refusing to support her because of her sexual orientation.

At the time of her election, Brnabić made history, not least because Serbia only declassified homosexuality as a mental illness back in 2008, with two thirds of the population believing that it should be reclassified as one in 2010.

However, despite Brnabić’s appointment hopefully paving the way for further progression in LGBTQ rights in Serbia, some top officials are still displaying levels of homophobia.

Earlier this week, Nenad Popović, the Minister without portfolio, was critical of the decision to bring in some children’s’ books from Croatia because they featured same-sex parents.

Tweeting his digust Popović said: “We are fighting as a state to increase the birth rate, but at the same time we import gay picture books from Croatia! This needs to stop immediately!

“We must [resist] those who want to convince us that it’s okay to say ‘Roko has two moms, and Ana has two dads’.”

But when Brnabić appeared on the news station B92, she immediately put him down. She said: “His job is to make sure Roko, Stefan, Milos, and any other child stays in Serbia, instead of dealing with who their parents are.

“That statement is not fully in the spirit of tolerance that this government of Serbia wants to promote.”

She continued, saying: “I think he mixed up every topic in that statement.

“There’s no correlation between the birth rate and somebody being gay. Gay persons, too, have reproductive organs, and nobody, no government in the world can decide whether or not they’ll have children.”

Related: Scottish Tory leader Ruth Davidson is pregnant with her first child with her fiancée

Brnabić confirmed that she would be writing to Popović “in order to understand his message.” But as Popović has defended his comment, saying that he was speaking “as a parent and citizen of Serbia which is the home of traditional values,” it’s pretty clear what he intended with the remark.