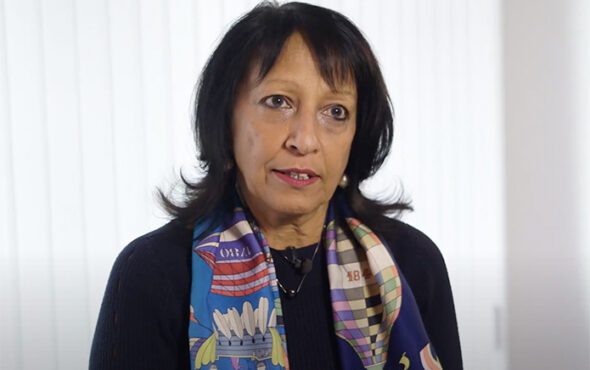 The Equality and Human Rights Commission (EHRC) has updated its guidance on single-sex spaces, which state that transgender people can be excluded if the reasoning is “justified and proportionate”.

Under its new guidelines, which interpret existing equality laws in the UK and were released on 4 April, services like changing rooms and refuges can prohibit access to trans people.

This can be the case so long as it is a “proportionate means of achieving a legitimate aim”.

An array of examples where this would be deemed acceptable are cited in the guide, including a “domestic abuse refuge offers emergency accommodation to female survivors.”

“Feedback from survivors indicates that they would feel uncomfortable sharing accommodation with trans women for reasons of trauma and safety,” according to the hypothetical situation. “The provider decides to exclude trans women from the refuge. It compiles a list of alternative sources of support in the local area which can be provided to trans women who approach the centre for help.”

The EHRC clarified that its updated messaging exists so that service providers can appropriately interpret the law and should not be seen as engaging in the so-called “wider debate” about sex and gender.

“There is no place for discrimination against anyone based on their sex or gender reassignment,” said Baroness Kishwer Falkner, chair of the EHRC.

“Organisations are legally allowed to restrict services to a single sex in some circumstances. But they need help to navigate this sensitive area. That is why we have published this guidance – to clarify the law and uphold everyone’s rights.”

LGBTQ+ groups and campaigners have slammed the human rights watchdog for justifying the exclusion of trans people from spaces they require access to.

Our statement on the EHRC’s guidance on single-sex spaces: https://t.co/ic1T4bzUVS

The guidance provides a number of worrying examples of instances where trans people could be barred from single-sex spaces. (1/5) pic.twitter.com/WwGgeFZvHl

“The guidance provides a number of worrying examples of instances where trans people could be barred from single-sex spaces,” said trans charity Mermaids in a statement.

“The guidance states that trans people can be excluded from single-sex spaces if their presence infringes upon the ‘dignity’ or ‘safety’ of others. This is very concerning as it suggests that sharing a space with a trans person is inherently dangerous, and that trans people risk creating trauma to others simply by existing. This is extremely harmful and actively encourages fearmongering and bigotry towards the trans community.”

Peter Tatchell, one of the UK’s most prominent human rights campaigners, stated that the guidance “veers towards blanket bans on trans, rather than case-by-case decision-making.”

We are extremely disappointed in the @EHRC's latest recommendations for separate and single-sex service providers.

Similarly, the LGBT Foundation issued a statement saying it is “extremely disappointed in the EHRC’s latest recommendations for separate and single-sex service providers.”

“The EHRC’s guidance for separate and single-sex provisions leaves many unanswered questions which potentially puts service users at higher risk of unlawful discrimination,” it continued. “The publication can be read as providing advice on excluding trans and non-binary people from accessing services, and in many places is directly contradictory to the statutory guidance that the EHRC itself is responsible for.”

In recent months, the EHRC has been facing increasing scrutiny for what Stonewall has called an “anti-trans stance”.

It made headlines in January for suggesting a “differentiated approach” to a trans ‘conversion therapy’ ban and also called on Scotland to pause its gender recognition reforms in what some have called an “attack on trans equality”.

This, among other things, has resulted in LGBTQ+ activists questioning whether or not the EHRC is “truly fit for purpose” and ignited debate on how independent it is from the ruling Conservative Party.

This will help service providers to make lawful decisions about any services they offer to women and men separately.

The guidance can be read in full by clicking here.