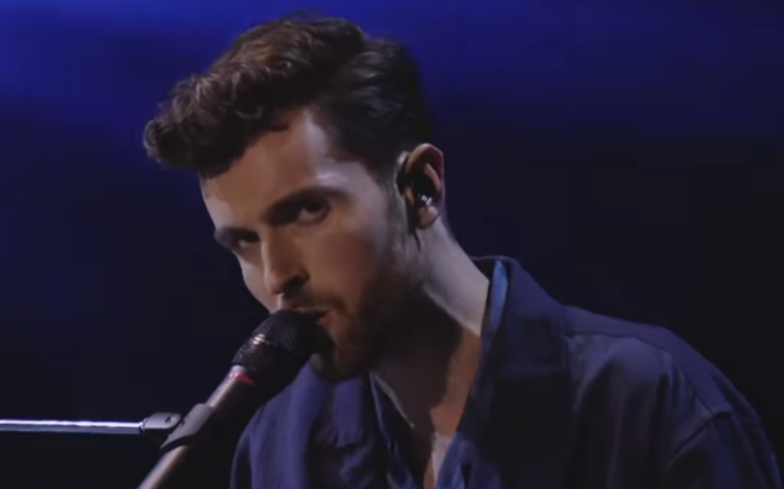 The Eurovision hopeful and bookies’ favourite made the statement during a press conference.

Dutch Eurovision hopeful Duncan Laurence has come out as bisexual during a press conference. The singer, with his song Arcade, is currently the bookies’ favourite to win the competition tonight.

When asked about what it meant for him to qualify for the final, Duncan said: “What it means to me personally is – before this all started, I was a songwriter who wrote songs from his bedroom and this chance means to me that I can show myself as an artist, but also as a human being, I stand for things.

“I am more than just an artist, I am a person, I am a living being, I’m bisexual, I’m a musician, I stand for things. And I’m proud that I get the chance to show what I am, who I am.”

A member of the singer’s press team was seen to be smiling as he came out.

Duncan Laurence won’t be the only LGBTQ contestant competing tonight, as France’s contestant Bilal Hassani identifies as gay. Italy’s entry, Mahmood, has spoken out against the persecution of gay men in Egypt, but doesn’t wish to be categorised by his nationality or sexuality.

Sadly for France’s entry, he was inundated with horrific homophobic abuse. The abuse got so severe that LGBTQ organisations SOS Homophobie and Urgence Homophobie ended up reporting over 1,500 tweets to French police.

In a group statement, the organisations said: “Lesbophobia, transphobia, biphobia, but also racism, homophobia and Queerphobia are not an opinion, but a crime.”

During this year’s competition’s semi-finals, when the kiss-cam centered in on same-sex couples, the Belarusian TV host made homophobic remarks, commenting: “Oh, my goodness! Maybe we’d better not watch!”

But alongside queer icon Madonna, two LGBTQ acts have returned to perform in this year’s semi-finals, Conchita Wurst and Dana International. Dana is also said to be performing in tonight’s grand final.

The Eurovision Grand Final will be broadcast tonight on BBC 1, at 20:00.