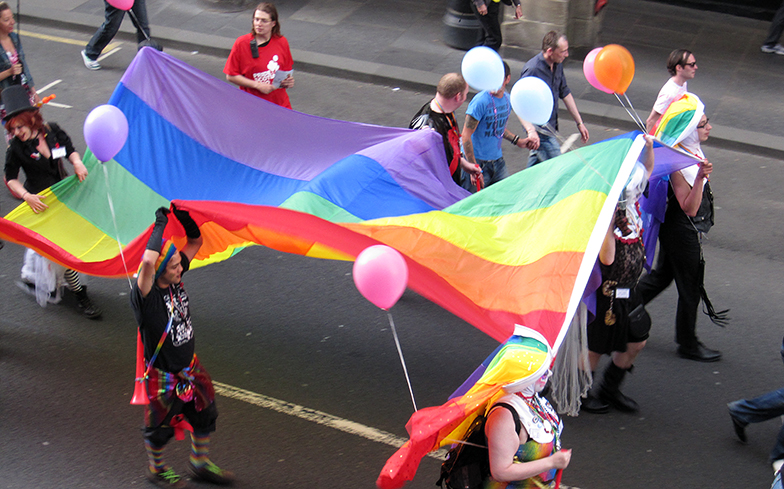 The letter is being investigated by the police.

The Special Days Cakes shop in Uddingston, Scotland, has been on the receiving end of a vile, hate-filled, homophobic letter. The shop, which is ran by married couple Robert Burns and Stephen Whyteside, received the letter on Thursday (19 September).

The letter read: “Dear poofs, If I had known that you were fucking gay then I would have given your shop a wide berth. I will be returning to get my money back as I don’t want any of your hands near any food. You should be shut down.

Speaking to the Daily Record, Burns said: “When I first looked at it I thought it was a joke, but then it sunk in and I thought I’m not taking this lying down. My husband was more upset than me and we thought we have to try and find the culprit.

“We can’t think of anyone who would send a letter like this, I’m lost for words. I’ve never received anything like this in my life. I’m quite a strong person but this ripped the stomach out of me. Who in this age would write this?”

Speaking to the Glasgow Evening Times, Whyteside said: “I started laughing at first, I just thought it couldn’t be real. You don’t get letters like that.  I’m just so shocked that someone would take the time to do anything like this.

“This is not something that ever happens. We’ve not had any disagreements with customers, they’re not the type to do that. The fact that we’re a couple isn’t hidden, it is promoted.”

He added: “For the first time in forever we had a terrible nights sleep – we were both up checking cameras. We were worried if someone has gone to the effort to find our shop, why not our home?”

Burns also wrote an appeal on his Facebook, writing: “Anyone recognise this hand writing? Got this sent to my shop today…I’m not ashamed whatsoever about my sexuality.”

The police confirmed they were investigating the letter, saying in a statement: “We can confirm that a complaint was received on Thursday 19 September 2019, and enquiries are ongoing into this hate crime.”

Whyteside added that the police were examining the letter for DNA and fingerprints.

Despite a rise in anti-LGBTQ hate crimes, the amount of convictions surrounding them has actually fallen. The information was acquired from 38 of the UK’s 46 forces, with partial data from Police Scotland not included in the analysis, following a Freedom of Information request.

A spokesperson for the National Police Chiefs’ Council said many of the crimes involved no witnesses and a lack of evidence.

“Targeting someone because of their sexuality is completely unacceptable. It undermines our fundamental human right to feel safe and can have a devastating impact on victims and the wider community,” they said.

“Police will investigate crime reports and will pursue action against those responsible where there is evidence to do so. Unfortunately, with many cases, there are often no witnesses to these crimes and scarce evidence – this may lead to police being unable to identify a suspect.”