The victim’s name has only been given as Victor.

A man in Boston has been arrested after a gay man, identified only as Victor, was attacked with a snow shovel and a box cutter, and left with permanent scars. Victor, 25, told police that Eddie Smith, 58, had harassed him numerous times before due to his sexuality.

Speaking to WHDH Boston about the attack, Victor said: “Whenever he sees me he starts disrespecting me. Calling me the ‘F’ word. The only difference yesterday was that I said, ‘Yeah, I’m proud.'”

Victor’s defiance to the slurs is said to have led Eddie to attack him with the snow shovel. Victor fought back, and also struck Eddie with the shovel. This led to Eddie getting a box cutter out and slashing Victor’s face.

Describing what happened, Victor said: “I don’t think that he expected me to fight him back.

“When he realized that I was fighting him back, that’s when he stopped real quick, went in his pocket and whipped it out — the box cutter.”

Eddie is alleged to have fled before being arrested, while a snow shovel and box cutter were collected at the scene. Victor was taken to hospital where he received 35 stitches to his face, 20 above the eye and 15 below.

However, Victor was still defiant following the attack, saying: “It triggers him whenever he sees me because I live my life openly and he can’t do the same for whatever reason. That like drives him nuts.”

Eddie was released following a court appearance on Wednesday (4 December), and ordered not to have any contact with the victim. He was charged with two counts of assault and battery with a dangerous weapon, mayhem and a civil rights violation with injury.

When Alex DiPatro, a journalist who covered the story, was questioned on Eddie’s release, DiPatro said he was due back in court on 22 January. 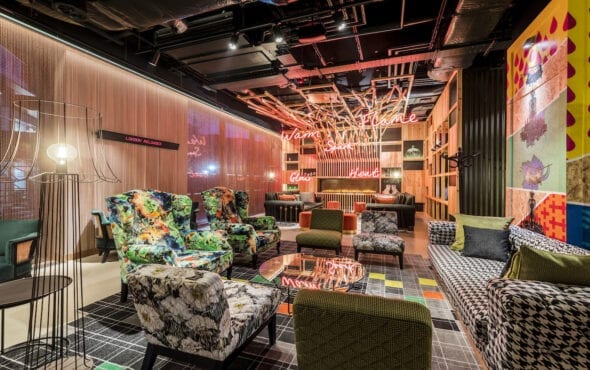