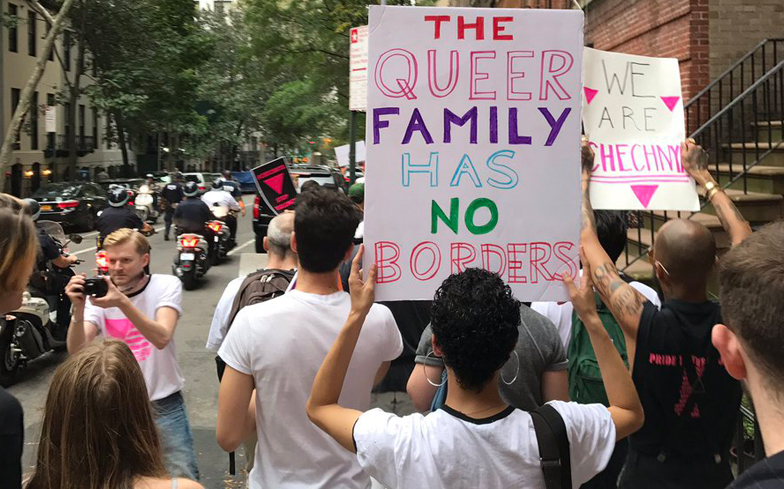 Aminat Lorsanova says her parents watched her get beaten.

Aminat Lorsanova, a 22-year-old bisexual woman from Chechnya, is calling for her parents to charged following her torture in the Russian region. With the support of the Russian LGBT Network, Aminat managed to flee Chechnya, and now lives safely outside of Russia.

And now VICE reports that she has filed charges with the Federal Investigative Committee of Russia against a clinic in Chechnya and against her parents.

Aminat says that she was held in the capital of Grozny during August 2018 for 25 days. Speaking about what happened to her, she said: “He [a staff member] was beating me with a stick in the solar plexus [in the middle of the torso], pressing this area and below with his fingers.

“He put down my skirt to the hips and was pressing there as well. I was screaming out of pain, and he was yelling prayers.

“My mother and father observed the process but did not do anything, even though I asked for help and asked them to stop that.”

During these sessions, the staff member, who is said to be a family acquaintance, would be reading from the Koran, in an attempt to drive out the “evil spirits” they claimed lived inside of her.

Aninat says she also spent four months at a separate institution, and that during late 2018, her father restrained her and injected her with anti-psychotic medicine at least six times.

“He put handcuffs on me and tied my legs with adhesive tape,” she said. “My mouth was also taped. He told me that he was going to treat me like an animal, like a sheep.

“After the injection… I was supposed to sleep that way. He even didn’t unleash my legs and hands.”

Last year, four gay men who had been tortured in the region spoke about what happened to them. All four of the men said they were tortured for other information on gay men, and one of them said when he was handed back to his family the officer implied that they should kill him.