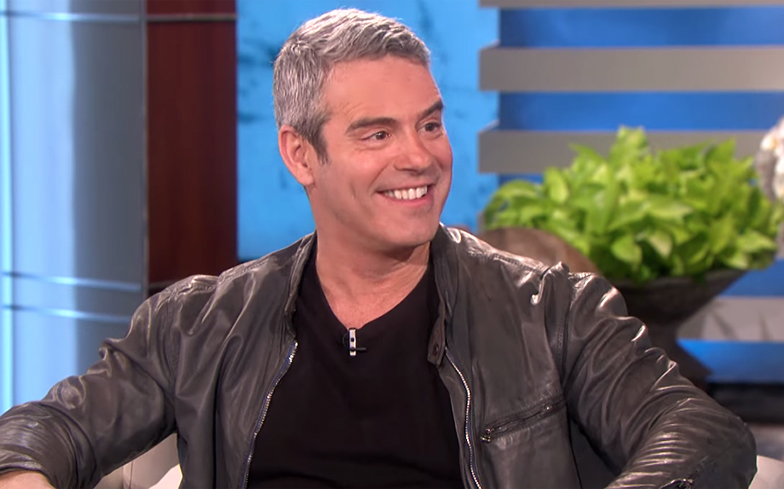 The talk show and radio host made the announcement on his show.

Andy Cohen has announced that he is to become a father through the use of surrogacy. Making the announcement during the final episode of Watch What Happens Next for this year, Cohen said: “I’ve always tried to be as transparent as possible about my life.

“I over share and I expect everyone around me to do the same and tonight I want you to be the first to know that after many years of careful deliberation, fair amount of prayers and the benefit of science, if all goes according to plan, in about six weeks time, I’m going to become a father thanks to a wonderful surrogate who is carrying my future.”

He continued, saying: “Family means everything to me and having one of my own is something I’ve wanted in my heart for my entire life and while it has taken me longer than most to get there, I cannot wait for what I envision will be my most rewarding chapter yet.”

He finished his announcement by saying: “To the viewers at home, I call you my friends at home because we are friends. You have supported me through almost 10 years night after night.

“This has been an incredible, joyous journey with you all. I am grateful to live my dream everyday and grateful to you for coming along for the ride. I don’t take any of it for granted.”

Cohen’s announcement was met with a rapturous applause from the audience.

Earlier this year, Tom Daley and Dustin Lance Black announced the birth of their son through the use of surrogacy. Their son, Robert ‘Robbie’ Ray was named after Tom’s father, who died of cancer in 2011.

The pair announced the news that they were expecting a child on Valentine’s Day in an adorable post which saw them holding up a baby scan. However, they were immediately hit with a ton of homophobic abuse, including a sickening piece by Richard Littlejohn in which he starts by saying someone should “pass [him] the sick bag.”

Responding to all of the abuse, Dustin was incredibly calm. “My reaction to others’ hate, bigotry and misinformation will not include anger or hate,” he wrote, alongside a throwback picture of himself and Tom on honeymoon in Hawaii last year.