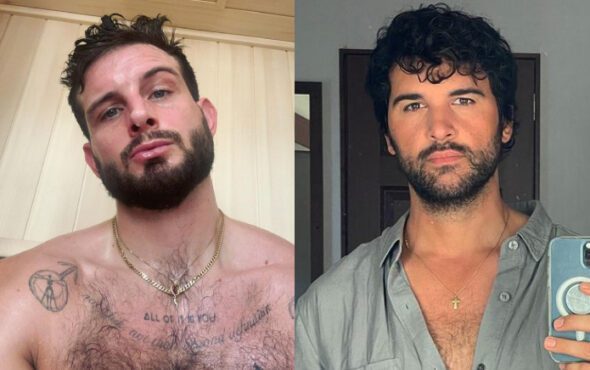 Nico Tortorella and Juan Pablo Di Pace will star as a gay couple and foster fathers in the upcoming film, The Mattachine Family.

According to Deadline, the movie will be Andy Vallentine’s first feature following his work as a video and commercial director.

He will direct the script written by his husband, Danny Vallentine, which is based on a concept developed by the couple.

Zach Braff will serve as the executive producer for The Mattachine Family, which is currently in development.

The synopsis reads: “While the pair are very much in love, they find, after their first foster child returns to his birth mother, that they have different ideas about what it means to make a family.”

Tortorella confirmed the news on 3 November, calling the project “the most important” thing he has worked on.

“This is the most important project I’ve been a part of to date,” the Scream 4 star wrote. “Can’t wait to share this with y’all.”

Di Pace responded to the post, saying: “Yes, yes and yes my boo.”

On his own Instagram, he shared how “excited” he is to act in the “beautiful film.”

He added: “Beyond excited to be a part of this beautiful film. An important piece of cinema coming your way!”

The Argentinian actor, singer and director – who plays Fernando on the critically-acclaimed Netflix sitcom Fuller House – opened up about being gay in July 2019 and the anti-LGBTQ slurs he faced as a child in Buenos Aires.

Whilst speaking at a TedX event, the star admitted: “Acceptance was my fuel, and when that is the case, like an addict, you do whatever it takes to get a fix. I figured if I changed my fucking self, I could be in.”

He said he found acceptance within himself when he moved to a different country to attend college, and then recalled his role as Jesus Christ in the miniseries, A.D. The Bible Continues.

“Many years later and still justifying my being gay with my critic, I get offered the role of a lifetime: Jesus Christ,” he continued. “Well, you know, of all the people in the world that could play this part, they gave it to me.

“So there I am, hanging on the cross… in Morocco… and I look up at the sky, and I think, ‘You could still strike me down with lightning. Are you sure you want me to play your son?’”

Di Pace explained that he felt an “overwhelming feeling of love and acceptance and freedom” that he couldn’t put into words, and said it was possibly a message from a higher power.