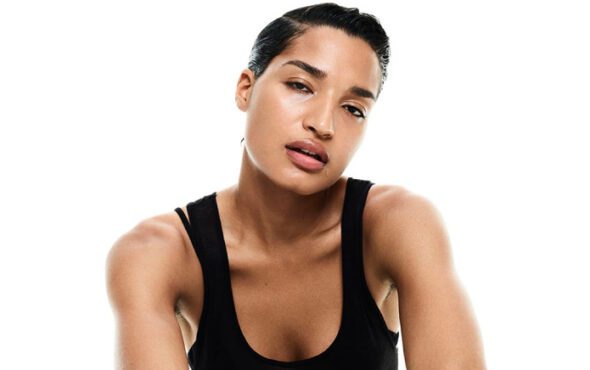 Pose star Indya Moore has joined YSL Beauty as its new US ambassador.

On 10 February, the fashion brand welcomed the 27-year-old to its program – which was created to “push boundaries” regarding conventional beauty standards.

The Queen & Slim actor joins Euphoria star Barbie Ferreira, who was also announced as a brand ambassador on 8 February.

“I am so thankful, humbled, and honored to share that I have been invited by YSL Beauty to be one of their US Brand Ambassadors for MAKEUP,” they wrote.

“This is such a historical first for me- thank you for this opportunity to evolve my relationship to beauty in public, in myself and to contribute to the evolution in how we celebrate beauty, in a world where there is enough space for us all to be confident, beautiful and seen as beautiful, too.”

Towards the end of their statement, they described working for the brand as a “true treasure” and praised the harmonious set environment.

“From the way people treat each other on set to the level of care that is distributed- the fact that I got to work with so many black and brown folks as well – the harmony on the set between everyone was a great example,” they explained.

In light of their announcement, Moore also released their first batch of brand content with the company’s new Lash Clash Mascara release.

Aside from their YSL partnership, it’s looking to be a busy 2022 for Moore.

Later this year, they are set to star in the forthcoming Aquaman and the Lost Kingdom film.

In the highly anticipated sequel, the actor will be playing Karshon, who’s normally portrayed as a villain for the Green Lantern.

According to DC lore, the supervillain was exposed to radiation which gave the character intelligence and telepathy after initially being a shark.

Whether or not Moore’s character will stay true to the comics remains unclear, as does much of the plot for Aquaman and the Lost Kingdom.

Sharing the news on Instagram, Moore wrote: “Soooo excited, sooo grateful. This is going to be good. Thank you for welcoming me; @ DC comics.”

The movie is scheduled for release on 16 December 2022.