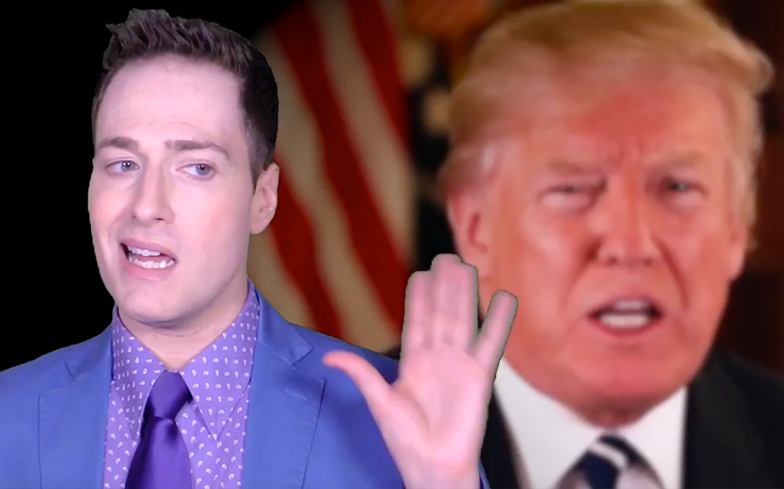 The popular YouTuber has created yet another parody video reading President Trump to filth over the instrumental of Meghan Trainor’s All About That Bass.

Except for this earworm outing, it’s been renamed All About That Base. Y’know, the group of angry white men that Trump panders to with his bigoted rhetoric.

“He’s bringing stupid back / He’s an unmanageable maniac / He likes the dummies who don’t give him flak / ‘Cause they’re his base and they’ll believe whatever comes out of that shithole on his face,” is just one of the killer lines.

It follows his parody of Despacito – renamed Desperate Cheeto – which is just genius on so many different levels.

“Screwin’ it up since the election,” go the lyrics, before moving onto one of the best lines ever in any song: “You’re more abnormal than your pumpkin-like complexion.”

Randy also took on the President’s Twitter habits singing: “Getting worse with every stupid tweet-o” and “Go to your account and please just hit delete-o.”

Randy Rainbow has become incredibly popular online with his political parodies, having amassed over 130,000 subscribers on YouTube and nearly 750,000 likes on Facebook.