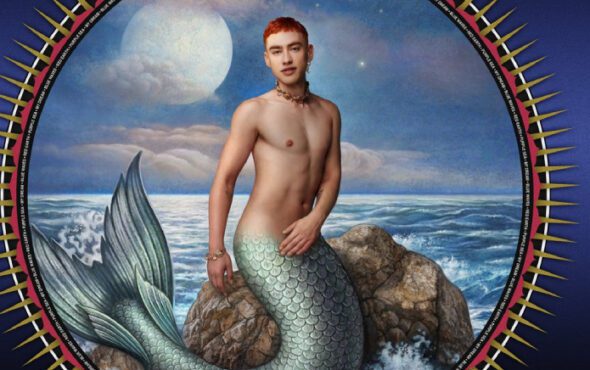 The album, titled Night Call, will be released 7 January 2022. It will feature the star’s critically-acclaimed pop anthem Starstruck and Crave, which was released 28 September.

Olly announced details for Night Call on Twitter, telling fans that the new material has “been my escape for the past couple of years” and that he’s “so excited to share it with you all”.

The album will be the first for Years & Years since the band became a solo project for Olly.

In March, former members Mikey Goldsworthy and Emre Türkmen announced that they will be stepping back from their duties to work on solo endeavours, while assuring fans that the trio are “still good friends”.

Since going solo, Olly has reached the top 40 with Starstruck – thanks to a remix from Kylie Minogue – and topped iTunes with his stripped-back cover of Pet Shop Boys’ synthpop classic It’s A Sin. He performed the latter at the 2021 BRIT Awards with Elton John to widespread critical acclaim.

🌙🧜🏻‍♂️NIGHT CALL🌒✨ – my new album is out on the 7th January 🌘 Night Call has been my escape for the past couple of years, I’m so excited to share it with you all 🥺 💜 pre-order the album, listen to CRAVE and watch the video, all from 5pm BST TODAY x https://t.co/FmaRPKJigz pic.twitter.com/KuruedVUFi

Night Call will mark Years & Years’ first full-length collection since 2018’s Palo Santo, which spawned huge pop anthems such as Sanctify, All For You and If You’re Over Me, the latter of which has been certified platinum in the UK.

Communion, Years & Years’ debut, was one of the most commercially successful albums of 2014. It topped the UK Albums Chart and delivered fan-favourite singles such as King, which reached the pole position, Desire, Shine and Eyes Shut.

You can watch the brand new music video for Night Call’s second single, Crave, here or below.