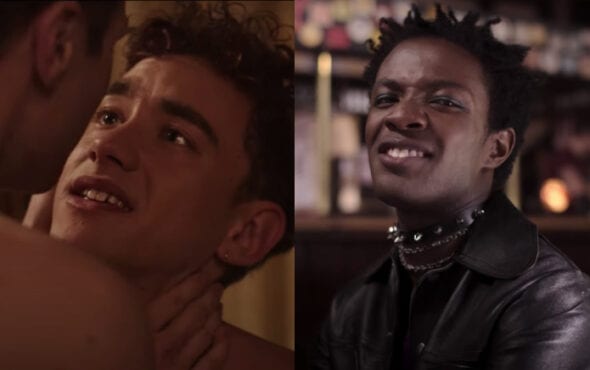 The first trailer for It’s A Sin has arrived.

The five-part drama, from Russell T Davies (Queer as Folk), follows a group of friends in 1980s London who grow up in the shadow of the HIV/AIDS epidemic.

Years & Years frontman Olly Alexander leads the cast as 18-year-old Ritchie Tozer, who leaves his family home on the Isle of Wight to move to the Big Smoke in search of fame and success.

For the latest issue of GAY TIMES Magazine, Olly revealed that Ritchie’s social and political views don’t always align with what we might expect from his character.

“When I read the script, that’s what really blew me away about Ritchie’s character,” he explained. “I was so excited to try and get into his headspace.

Olly appeared on our latest cover in conversation with his fellow It’s A Sin cast members Omari, Lydia, Nathaniel and Callum, as well as Russell, who serves as showrunner.

Watch the first trailer for It’s a Sin here or below.