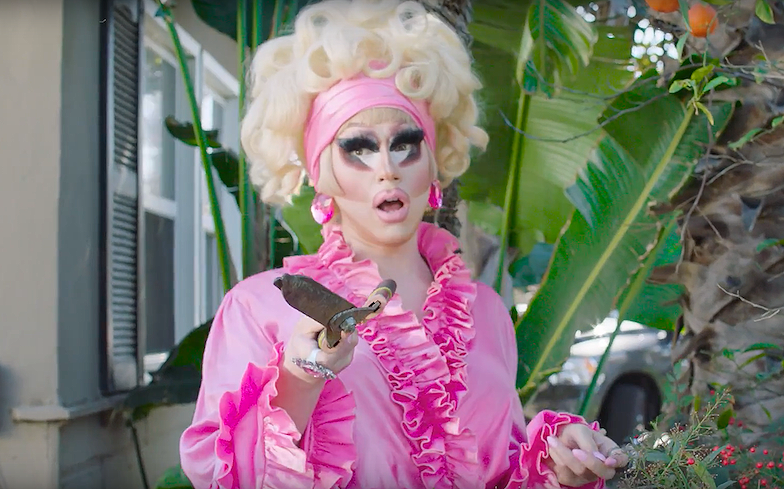 The newest inductee into the Drag Race Hall of Fame is proving why she’s worthy of the crown.

Last week, Trixie Mattel was inducted into the Drag Race Hall of Fame after being declared winner of All Stars 3, beating fierce competitors such as Kennedy Davenport, Shangela, and Bebe Zahara Benet. It featured the most ambitious production number in all 12 seasons of the show, so henny if you’ve not watched already, you need to catch up!

Now, the legendary comedy queen is building upon her legacy and proving why she’s worthy of the coveted crown by unveiling the hilarious video for her country-pop jam, Break Your Heart.

The crossover break-up anthem is the first single from Trixie’s sophomore album, One Stone, which upon release, topped the US iTunes charts and broke into the top ten in the UK. Remember when RuPaul said, “drag will never be mainstream”?

During a live performance with Billboard Pride, Trixie shared her inspiration for her track. “I wrote this song when I was certain breaking up with someone was the right thing. I was ultimately wrong, by the way. So maybe don’t listen.”

In the video, Trixie performs as both Trixie and Brian, breaking a hunky man’s heart whilst she plays the guitar. Trixie also plays a psychotic doctor whilst Brian shoots Cupid with a sparkly gun, so yah, watch below.