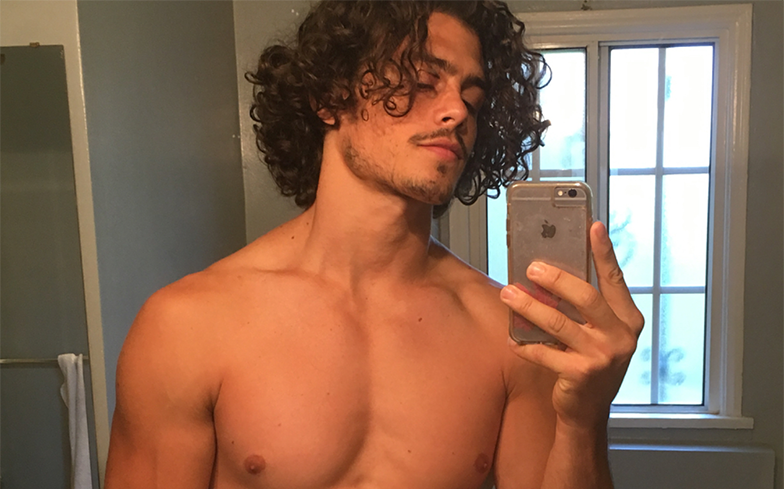 Tommy Martinez is playing a bisexual character in Good Trouble.

In Good Trouble, Tommy Martinez– who has previously had roles in Shameless and Riverdale – plays Gael, who is openly bisexual and in a polyamorous relationship.

And in an interview with MTV, the star, who identifies as straight, opened up about the responses he’s had to playing a bisexual character. “When I went back home for the holidays, they’ll [his family] ask me, ‘How does it feel to play a bisexual character?’ I was like, ‘It’s fine. It’s fun. There’s nothing bad about it.’

Speaking about his family’s reaction to him playing a bisexual character, Martinez said it was “something new” for them to see him “hook up with a guy.”

“Some of my other family members questioned if I was really into the guy that I make out with on screen,” he explained. “I used it as a teachable moment, where I wanted it to be known that if I did [enjoy it] that it shouldn’t be a problem. I feel really good about this character because it’s helping my family to understand that people live different lives.”

Related: Riverdale star opens up about his “experience with a man”

“There’s still so much work to be done and to tell these kinds of stories.”

Speaking about the online reaction, Martinez said: “It took a couple of episodes to really feel how everything was happening, and then it was a whole second wave that hit me once the show started airing — seeing the responses on Instagram, like, ‘Dude, thank you so much. I’ve been going through the same kind of situation, and this kind of gives me more confidence to break out my shell and talk about it as a gay or bisexual man, or woman.’

“Just the response of the fans was — even just saying fans makes you feel crazy — it was all so positive.”

Martinez then said that he hoped people would take Gael’s “confidence” and use it in their own lives. “I just hope it allows people to accept themselves for who they are, regardless of if their friends or family accept them,” he said.

In February, Good Trouble was renewed for a second season. You can watch its debut season every Tuesday on Freeform.