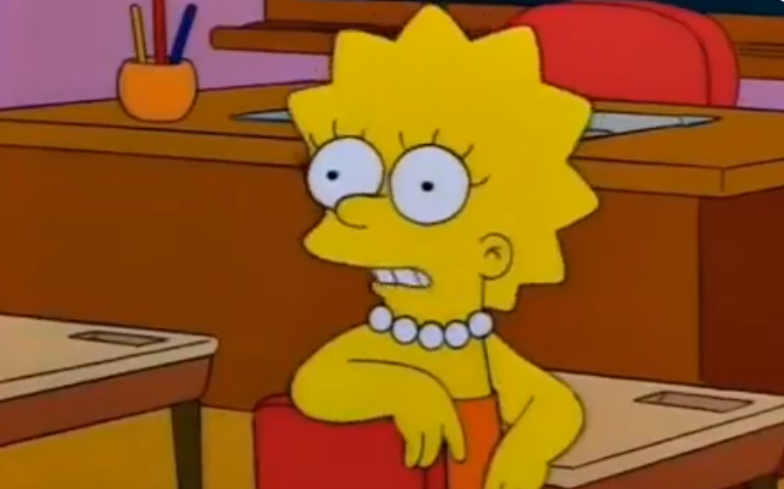 Lisa Simpson has already been shown to be with boys and girls in the flash-forward episodes.

The Simpsons showrunner Al Jean has speculated about Lisa’s sexual identity in an interview with the Metro. In the interview, Al said: “I see Lisa as President and possibly polyamorous, [and] Bart enjoying life as he did at the end of the Barthood episode.”

Al’s hopes for Lisa becoming president have already been hinted at, as in the episode Bart to the Future, broadcast in 2000, Lisa was seen in the Oval Office, complaining about the mess that President Donald Trump had made.

And during one couch gag, displaying family Christmas cards, Lisa is initially seen in a polyamorous relationship with two women, before ending up with Milhouse and having his child.

Al also said that he wanted the show to become more diverse, and feature more LGBTQ characters. Back in 2015, prominent character Waylon Smithers finally confessed that he was gay to Mr. Burns, after the show had all but confirmed it for many years.

Similarly, Marge’s sister Patty came out as lesbian back in a 2004 episode. Other minor characters like Lisa’s music conductor Dewey Largo, and one-off characters have also been confirmed to be LGBTQ.

LGBTQ representation in cartoons is on the increase. Last year, it was confirmed that a lesbian couple would be featured in the reboot of She-Ra, and that they would play an “integral role.”

It was also revealed that Takashi “Shiro” Shirogane, one of the main characters in Voltron: Legendary Defenders had once had a male “significant other” and Naruto villain Orochimaru identified as gender non-binary.

Related: A definitive list of the 30 most iconic queer characters in TV history