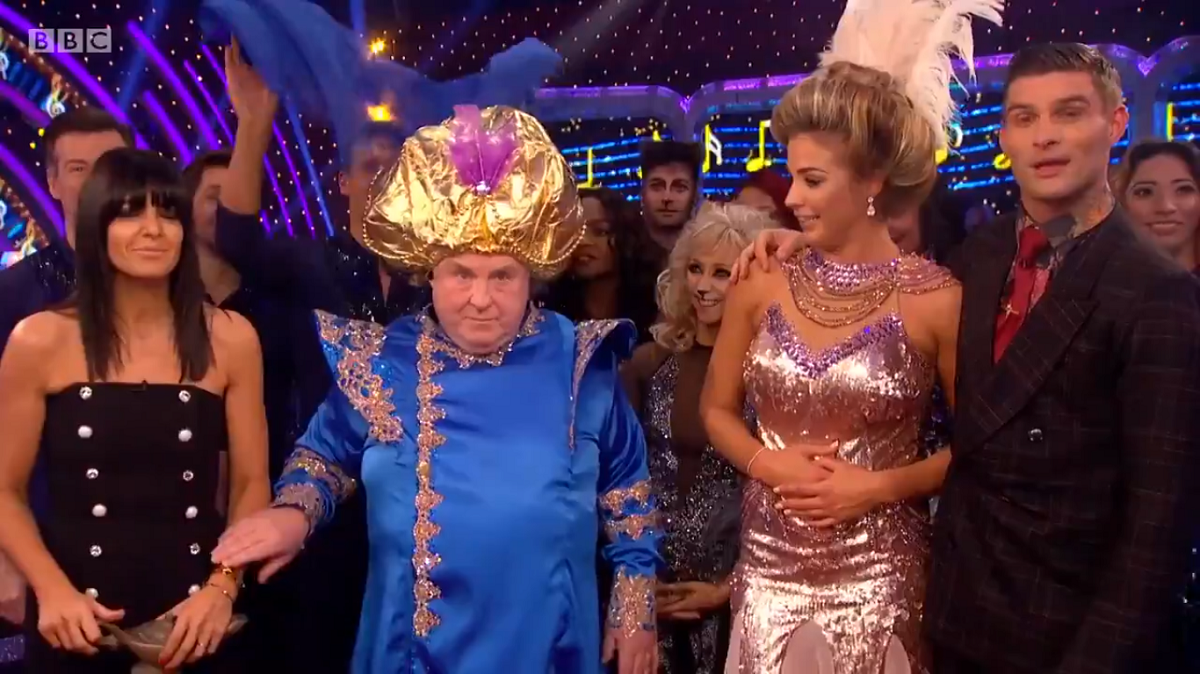 Musicals Week on Strictly is one of our favourite weeks. Not only does it combine our love of musicals with the glamour of Strictly, but as it’s also the show’s quarter-finals, only the best are left, and as such their routines are as amazing as the musicals that inspired them.

That said, this week was tinged with a little bit of sadness as last week we lost Susan Calman. We know she wasn’t the best dancer, but she did bring an air of joy to each performance, and there’s no doubt that she would have loved to have been in Musicals Week. But given the fact that she went up against Alexandra Burke in the dance off, it’s really no surprise that she didn’t make it through.

The week kicked off with a brilliant group number to a medley of Oliver songs that had us singing along back at home. And then it kicked off with a camptastic quickstep from Gemma Atkinson. Her hair, and those fans made for a very good viewing experience, even if the routine itself wasn’t quite up to scratch.

Mollie King delivered a beautiful rumba with perfect chemistry, and thankfully no backing dancers. But come on, you put AJ in a white top like that, couldn’t you guys have at least ended the routine with a water cannon? Meanwhile, Davood Ghadami slipped in his performance level. His Argentine tango may have had plenty of great moves, but it lacked the fluidity that the dance requires.

And it wasn’t just the dancers getting into the party atmosphere. Bruno Tonioli disagreed with Craig Revel Horwood over his critique of Mollie’s rumba so much that he ended up throwing paper balls at him. And who did they have read the terms and conditions? Russell Grant. And he sang it to the tune of A Whole New World, and if we’re honest, it’s one of 2017’s best TV moments.

We were disappointed with some of the scoring though, we felt that all of the dances selected below deserved at least one more 10 than what they actually got.

This routine should not work. The music is way too suited for a charleston, and at the start the heads behind the curtain definitely felt like one, but somehow Joe and Katya pulled this one right out of the bag and they did an absolutely brilliant routine.

The rest of the moves somehow managed to fit the routine, and although the concept did still better suit a charleston, it still somehow made a very watchable samba. Joe’s promenade walks, brilliant hip action, and shadow rolls were perfectly executed, and the ending behind the curtain was a fitting end to this wonderful number.

Another thing we loved about it was how the backing dancers didn’t get in the way at all, or interrupt the performance. The spotlight was firmly on Joe and Katya, and we couldn’t take our eyes off of them.

Wow is the only way you can begin to start describing this routine. It may have started off a little slow for a charleston, but it quickly began firing on all cylinders, and we just couldn’t tear our eyes off of the screen.

The energy that Alexandra had throughout was phenomenal, she looked so much like a natural out on that dance floor. Her facial expressions were also brilliant throughout, and you could see the confidence that Gorka has in her by letting her be at the forefront of the whole routine.

But this dance led to the shock of the weekend. Despite Alexandra being at the top of the leaderboard, she still ended up in the dance off. Of course she survived, but following a routine like that, she never should have been there in the first place.

And Gorka, if you’re feeling down about being in the dance off, and being told that Alexandra had better swivel than you, feel free to come down to our offices and we’ll cheer you up.

If we’re honest, we prefer the foxtrot inspired American smooths over the Viennese waltz ones, but this was just so magical and beautiful to watch that our opinions might be changing.

The music was beautiful, Debbie’s opening dance was enchanting, and those lifts were spectacular. Whenever Debbie has to do a lift in a dance, Giovanni really challenges her, and their final lift was no exception. Debbie McGee certainly knows a thing or two about magic, and this was nothing short of a perfect illusion.

Strictly’s next live show is next Saturday at 18:45 on BBC One. And if you still need Strictly magic in your life Strictly: It Takes Two will be on every weekday at 6:30 pm on BBC Two, with the Friday show starting at 6:00 pm.