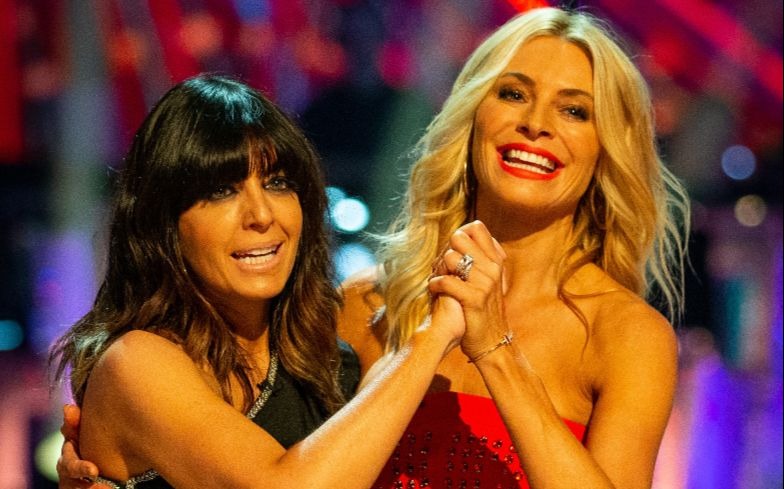 Rumours are rife about whether the show will finally introduce same-sex pairings.

Despite it being unclear whether Strictly Come Dancing will fully return this year due to the ongoing coronavirus pandemic, rumours about the upcoming series are still as rife as ever.

Last month, an unnamed show insider claimed that the series will introduce its first same-sex pairing, after the success of Ian ‘H’ Watkins and Matt Evers on Dancing on Ice last year.

“The plan to introduce a same-sex couple was made after ITV took the plunge,” they said. “Many of Strictly’s stars have called on producers to cast a same-sex couple for the past few years and it’s been decided this will be the year.”

At the time, they claimed that Johannes Radebe was the obvious choice, as he is openly gay, but now a show insider has told The Sun that the BBC believe this would be too “predictable” and so have opted to go for a female same-sex pairing.

“Obviously ‘diversity’ is the keyword in television today and, of course, Strictly wants to be progressive,” they said. “The plan is to have a same-sex couple, and two women.

“Dancing On Ice featured two men, so it would be good to offer something different and keep pushing boundaries. While Johannes would love to dance with a guy, that would almost be too predictable.”

Several names were also speculated, with the insider claiming that the show is eager to sign up Sex Education and X Files star Gillian Anderson as the celebrity in the pairing. Other potential names included singer Jessie J, BBC Breakfast presenter Steph McGovern, singer and footballer Chelcee Grimes and QI host Sandi Toksvig.

Although no female pro was named as a likely dancer, Series 15 winner Katya Jones has voiced support for the idea, and has previously volunteered to dance with a woman on the show.

And former Strictly pro Kristina Rihanoff has said she could return to the show and dance with Pussycat Dolls singer Nicole Scherzinger, but given that Nicole competed on (and won) the tenth series of Dancing with the Stars in America, this is quite unlikely.

Other celebrities rumoured to be in the running to compete this year include comedian and Drag Race UK judge Alan Carr, radio presenter Maya Jama, TV legend Lorraine Kelly, TV presenter Jane McDonald and Corrie’s Jack P. Shepherd, as well as Jamie Laing and Will Bayley who were forced to withdraw from last year’s series with injuries.