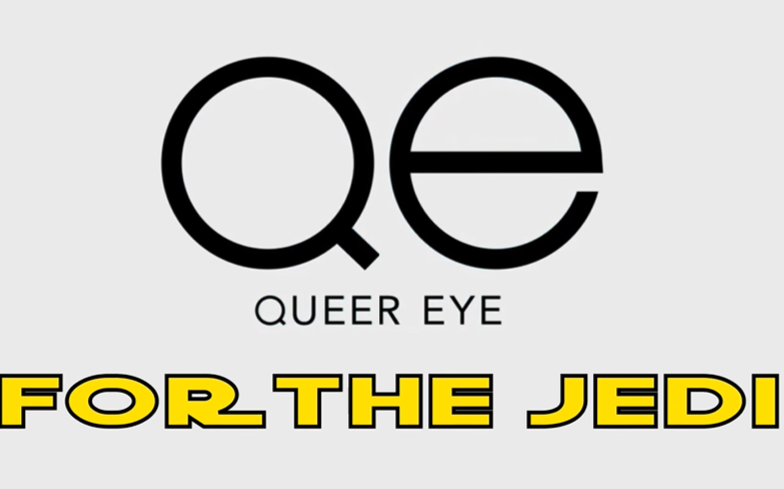 With the second season of the Queer Eye revival already confirmed, entertainment site Vulture claims to have gotten a look in at the new season.

Sadly, they haven’t. But what Vulture has done is created a hilarious mashup video between Queer Eye and both the classic and recent Star Wars movies.

In the video, the crew give a makeover to Han Solo and Chewbacca’s house, as well as comment on Luke Skywalker’s dress sense, and how cute he is, from the original trilogy.

The opening sequence is full of Star Wars moments, including Tan dancing around with a lightsaber, Karamo Brown in a Stormtrooper’s helmet, and Bobby being replaced by Master Yoda for Health & Wellness.

The video also features Jonathan Van Ness commenting on how to improve current Luke Skywalker’s beard. Skywalker then comments how he’s only seen “this raw strength once before.”

You can watch the video below:

Earlier this year, Gay Times caught up with Queer Eye’s Karamo Brown to talk about the reboot and how over-sexualised Pride marches were damaging to LGBTQ youth.

On the changes to Queer Eye’s format, Brown said: “Those changes were important. Especially for me. I’m the only one who has done reality television out of the other guys before the show, so I made sure that we spoke about not trying to duplicate what they did before. It was just about being our authentic selves. Where gay people were in 2004 when the original show came out, is not where we are now. We had to make sure we were true to the community and I believe it worked.”

And on the challenges that LGBTQ youth face today, he said: “There’s not one that’s the biggest because it depends on the person, but I’d say being over-sexualised. Our youth are over-sexualised and it’s so sad. You think about Pride celebrations; I’ve never been able to bring my own children – except for maybe once or twice – or the youth I used to work with to Pride celebrations, because for them to be walking down the street to be learning what it is to be a proud member of this community, and then see dicks out… that’s just not healthy for a 15-year-old.

“What image does that send out about what you have to do? It affects your body image, it affects your view of the world. I’m by no means – because I love a shirtless selfie – taking away from someone’s right to do that. But as a community, we’ve forgotten that there’s a generation behind us that are watching. That are mimicking what we do and what we say.”