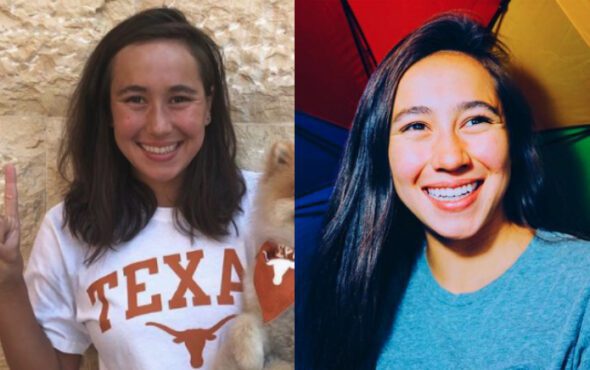 Silver medalist Erica Sullivan has revealed that singer Camila Cabello had a hand in her pursuing a career as an Olympic athlete.

During an interview with PEOPLE Magazine, the 20-year-old was asked about her recent interaction with the Havana songstress.

“I was DM’ing her, I was like, ‘Girl please notice me.’ Because my press conference kind of blew up on The Today Show Instagram and she had posted it on her story but wasn’t responding to my DMs,” she explained.

“I was like, ‘Girl, that is literally me. I am on your story, just respond.’ [Once she responded] I had to send her a tweet that I sent.”

Sullivan went on to say that in 2016, the Senorita artist had posted a tweet praising the 2016 Olympic swim team. After the singer’s tweet, the young athlete responded, “I guess I’ll become an Olympian now.”

“And five years later after I made the Olympic team, I quote tweeted it and said, “Hey Camila Cabello, I know this is five years too late, but I’m still single,”” she said.

“So that was like a long term, five-year tweet chain. And so I sent it to her and she was like, ‘Oh my god, that’s amazing. Where do you live? We need to meet up.'”

When asked if Cabello “fueled” her Olympic journey, Sullivan said: “She really did, She honestly did.”

Sullivan, who came out as gay in 2017, shined at this year’s Games when she took home the first ever silver medal for the new women’s 1,500 meter swimming competition.

The soon-to-be college student also opened up about being a queer role model for LGBTQ+ fans both young and older.

This was after the insta follow. Rip headphone users pic.twitter.com/3ifXwj9vXL

“I thought to be a role model it has to be people younger than me and I thought it would be the younger kids who really look up to me,” she explained.

“But I’ve had a real big awakening to see how many people older than me have reached out. And they’re like “You’re so inspiring.” But I’m like, ‘What have I done?’

“It’s like you guys paved the way. I’m just basking in your glory. I’m following the path that you guys blazed.”

In terms of her younger fans, Sullivan said she hopes that her journey inspires them to be themselves and pursue swimming as a sport.

The Tokyo Olympics has been a game-changer for queer representation.

Sullivan was one of the 160 LGBTQ+ athletes that competed this year – which is the most in Olympic history.

Alongside the growing representation, the medal tally for Team LGBTQ+ has steadily grown over the years.

According to Outsports, the unofficial team finished 7th place overall at this year’s Games.

Over the course of the competition, LGBTQ+ athletes brought in eleven gold medals, twelve silver medals and nine bronze medals.