The first incredible trailer for RuPaul’s Drag Race UK vs the World has dropped!

Premiering 1 February on BBC Three, the international spin-off will see the queens of Drag Race UK compete against some of the most sickening performers from other global editions of the franchise, including the original US version, Canada’s Drag Race, Drag Race Holland and Drag Race Thailand.

The nine fierce queens competing to be the franchise’s very first Global Drag Race Superstar are as follows: Baga Chipz, Blu Hydrangea, Cheryl Hole (UK season one), Janey Jacké (Holland season one), Jimbo, Lemon (Canada season 1), Jujubee (US season 2, All Stars 1 and 5), Monique Heart (US season 10 and All Stars 4) and Pangina Heals (Thailand co-host). Check out the bios for each queen here.

UK vs the World will include guest stars such as Clara Amfo, Daisy May Cooper, Jade Thirlwall, Jonathan Bailey, Mel C and Michelle Keegan, all of which can be seen in the first trailer, as well as Johannes Radebe and Katie Price, who will make her Drag Race debut as a panellist on Snatch Game. 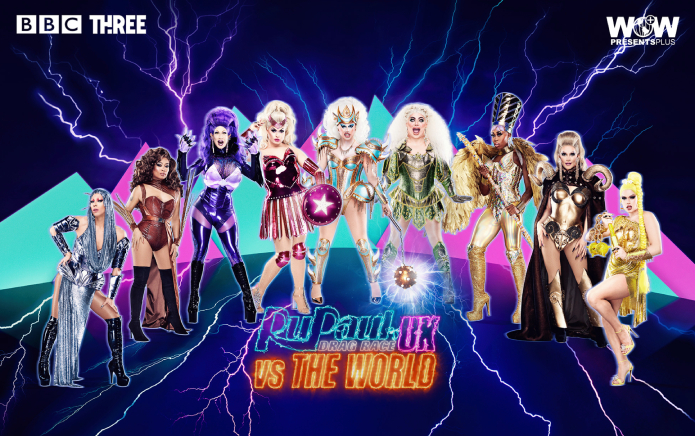 “In a global first, RuPaul takes Drag Race UK to the next level as he opens up the battle to Drag Race queens from around the world,” reads the show’s official description.

“The nine international members of RuPaul’s Drag Race royal alumni will battle it out for the crown. With the UK as host nation, the series will see iconic queens from different franchises and cultures competing in an international arena, showcasing their country’s finest drag.”

You can watch the first official trailer for Drag Race UK vs the World here or below.