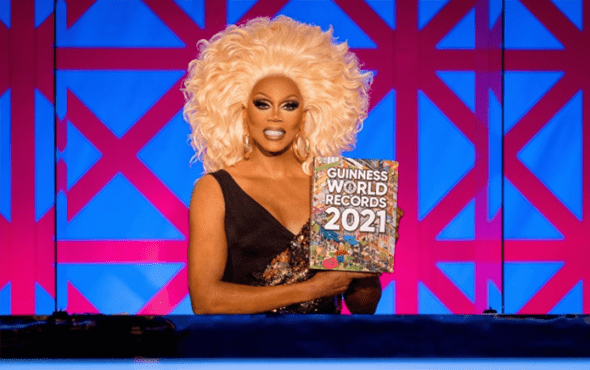 Is there anything Mother Ru can’t do?

The Guinness World Records has revealed that RuPaul and his iconic reality competition series has hit another milestone by earning the title of the “most Emmy wins for Outstanding Host for a Reality or Competition Program”.

The television staple has won the award consecutively since 2016.

RuPaul received the news while on the set of season 2 of the Drag Race UK stating: “It’s a real joy hosting RuPaul’s Drag Race and being a part of something that people get so much joy out of.”

He continued: “The honor of getting five Emmys in a row is brilliant and being in the Guinness World Records book. Really, I just love doing what I do. Thank you so much. I’m really honored.”

Since debuting in 2009, RuPaul’s Drag Race has earned a total of 39 nominations and has won the coveted award 19 times.

At this year’s Emmys, the drag legend dedicated his fifth win to the late Chi Chi DeVayne, who tragically passed away this past August.

“I’d like to dedicate this Emmy to one of my girls, Chi Chi DeVayne, may you rest in power and perfection,” he said.

RuPaul and the World of Wonder team have also revealed the sickening competitors that will stomp down the runway for the 13th season of RuPaul’s Drag Race, and in the words of GAY TIMES cover star Shea Couleé, they didn’t come to play, like, at all.

The show is also making major strides towards more authentic representation this year with Gottmik, who makes history as the first-ever trans male contestant.