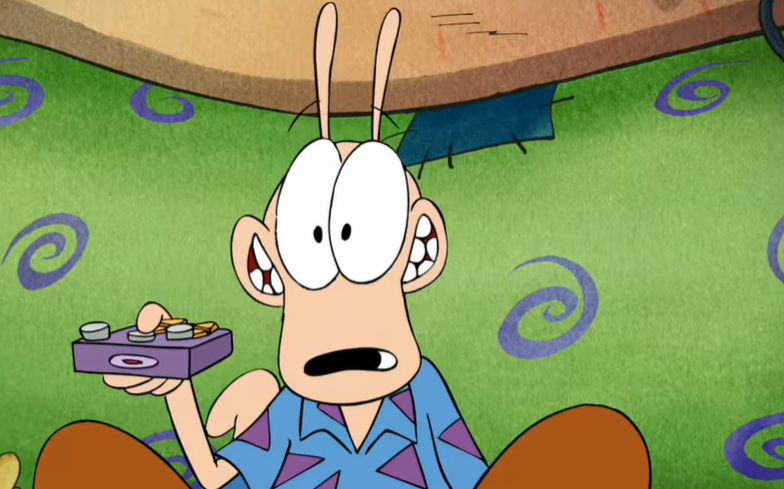 The reboot of Rocko’s Modern Life, Rocko’s Modern Life: Static Cling, which aired on Netflix yesterday, featured a prominent trans character, after it was revealed that Ralph Bighead has transitioned into Rachel, since the series last aired.

The 45-minutes episode saw Rocko, alongside friends Heffer and Filburt try and track down Rachel, after it’s found that Rocko’s favourite television show from the 90s, The Fatheads, has been cancelled.

Speaking of the inclusion of the character, Joe Murray, the series creator and voice actor for Rachel, told Entertainment Weekly: “When I started writing [Static Cling], I really started latching onto the idea of change and how society has changed and what’s gone on in the last 20 years and the development of our characters and how they would react to change.

“It felt natural, because it was not only about change, about somebody finding who they are and making that courageous choice to go through that change.”

Murray also said that a 1996 episode, Closet Clown, in which Mr Bighead tried to hide his identity as a clown from others, was supposed to be a mirror to the coming out journey that LGBTQ people face.

“We were still playing by the rules, so to speak, and still trying to interject those situations [into the cartoon],” he said.

The inclusion of Rachel, and the storyline, was praised by GLAAD’s director of transgender representation, Nick Adams, who said: “Rocko’s Modern Life: Static Cling tells a beautiful — and hilarious — story about accepting change.

“The younger characters accept Rachel immediately; recognizing she’s still their friend. And while Rachel’s father is slow to accept change within his own family, even he realizes that loving your child should be unconditional. This story of inclusion and acceptance is so needed in our current climate.”

Watch the trailer for the reboot below:

Children’s television has started to become a bit more LGBTQ-inclusive, with Arthur airing a same-sex wedding in the premiere of its 22nd season – yes, it is still going.

And in June, streaming service Hulu introduced, The Bravest Knight, a show with two lead LGBTQ characters. The series follows Sir Cedric, and his husband Prince Andrew as Sir Cedric relays to their adopted daughter, Nia how he became a knight.

Film is also getting better, with a small lesbian scene being featured in Toy Story 4. At the start of the movie, when Woody’s new owner Bonnie goes for her first day of kindergarten, there’s a blink-and-you’ll-miss-it scene where one child is dropped off by two moms. Later, the moms return to pick up their child and give them a hug.