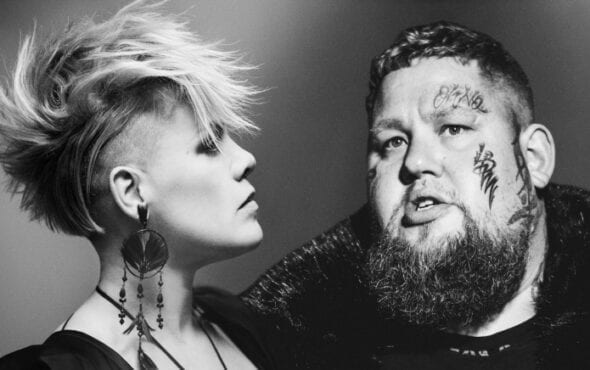 Rag’n’Bone Man has released his highly-anticipated collaboration with Pink.

Written by the British singer-songwriter, his collaborator Ben Jackson-Cook, as well as Simon Aldred, Dan Priddy and Mark Crew, Anywhere Away From Here is a heart-wrenching piano ballad about being uncomfortable in your surroundings.

Both stars display their signature raspy, powerhouse vocals as they belt in the chorus: “Pull me underground, don’t know if you notice sometimes I close my eyes and dream of somewhere else, anywhere away from here.”

Rag’n’Bone Man said the track is “an honest reflection of wanting to disappear from uncomfortable situations – about the vulnerabilities that we all face,” and that it’s an “honour” to have Pink on the record.

Pink said: “I first encountered Rag’n’Bone Man in Europe in 2017 not long after hearing his song Human. By then I had already fallen in love with his voice, and when we met in person I quickly learned he has a beautiful soul, too.

“Since then, I knew I wanted to work with him one day. Anywhere Away From Here couldn’t be a better song for us to sing together. I’m so honoured to be a part of this collaboration.”

Anywhere Away From Here is the second single from Rag’n’Bone Man’s upcoming sophomore album, Life by Misadventure, following the rock-influenced All You Ever Wanted. It is scheduled for release on 23 April 2021.

The ballad marks Pink’s first single since Cover Me In Sunshine, featuring her daughter Willow Sage Hart, which is currently smashing in Australia and Europe.

Her last studio album, Hurts 2B Human, debuted at number one in the US and UK and featured the icon’s milestone 20th top 10 hit in the UK, Walk Me Home.

Anywhere Away From Here is now available on iTunes and streaming services – listen here on Apple Music or watch the official music video below.