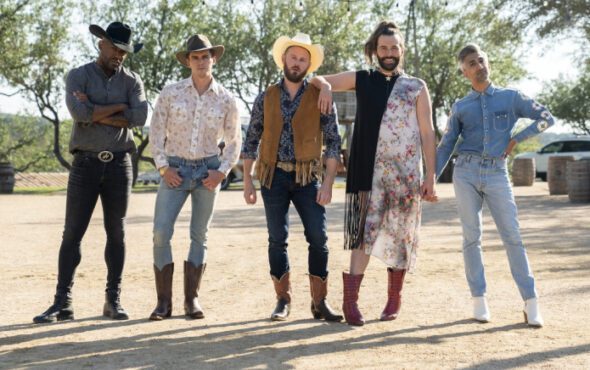 The Queer Eye gang is back and better than ever in the new season 6 trailer.

After a nearly two year hiatus, the Fab Five are heading to Texas to change the lives of their new selected heroes.

The teaser then transitions to our new set of heroes that includes a honkey tonk owner, a no-nonsense rancher, a transgender powerlifter and a high school prom committee.

The new batch of episodes will also focus on the ongoing pandemic and the hard-hitting impact it has had on its heroes.

“However it’s a moment to really remind ourselves of what really matters to us, which is each other.”

Of course, like the previous season’s viewers will be treated to heartwarming moments that will surely lead to happy tears.

Queer Eye season six is set to feature 10 episodes and will drop on Netflix on 31 December.

Alongside the new set of episodes, the streaming service has also announced plans on expanding Queer Eye internationally.

Earlier this month, it was revealed that Queer Eye: Germany will be making its way to Netflix with an all-new Fab Five.

According to a report from Deadline, the series will be headed by beauty guru David Jokobs, nutrition and health expert Aljosha Muttardi, work/life coach Leni Bolt, and fashion expert Jan-Henrik Scheper-Stuke.

Check out the full trailer for the highly anticipated season here or below.