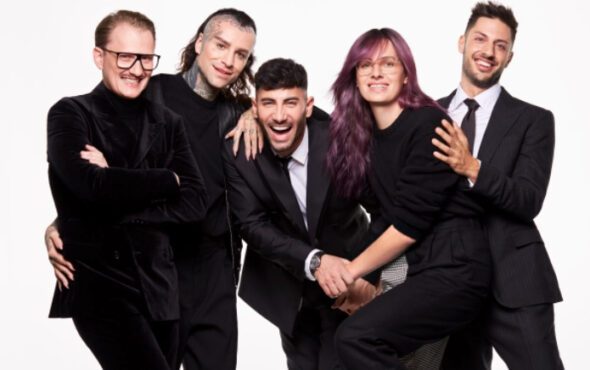 It looks like a new Fab Five is on its way to Netflix in the upcoming  Queer Eye: Germany series.

Over the last few years, the reboot of Queer Eye has won the hearts of viewers all over the world.

Now, the popular streamer is expanding the property internationally with Queer Eye: Germany.

According to a report from Deadline, the series will be headed by a brand new Fab 5 that includes: beauty guru David Jokobs; nutrition and health expert Aljosha Muttardi; work/life coach Leni Bolt; and fashion expert Jan-Henrik Scheper-Stuke.

The streamer also gave subscribers a teaser trailer for the series featuring the beloved US Fab 5.

“Everyone I have something crazy to tell you,” Karamo wrote.

Antoni followed up the statement by asking if “all the rumours are true?”

After a few GIFs and emojis, Karamo finally revealed that Germany would be getting their own iteration of the series.

“Germany is doing Queer Eye and with their very own Fab Five,” Karamo texted.

After expressing their excitement for the series, the new fivesome are then added into the WhatsApp group chat.

Query Eye: Germany isn’t the only upcoming iteration of the popular franchise.

Back in 2020, Netflix announced that a Brazilian version was headed to the platform and will feature Yohan (beauty expert), Luca (culture expert), Gusto (design expert), Fred (well-being expert), and Rica (style expert) as the series’ Fab Five.

All five seasons of Queer Eye are available to stream worldwide on Netflix – with season six set to premiere on New Year’s Eve.

Check out the trailer for the upcoming season of Queer Eye here or below.