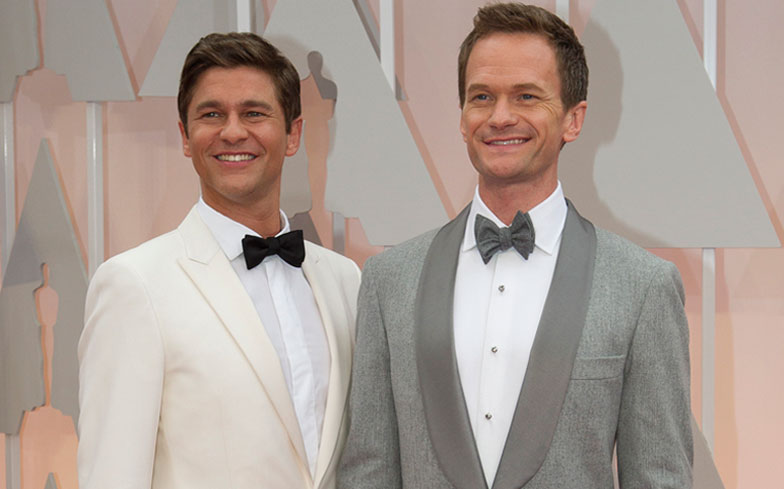 Neil Patrick Harris was also the international ambassador to the Tel Aviv Pride.

Former How I Met Your Mother star Neil Patrick Harris has dismissed claims that he is a gay icon and symbol for the LGBTQ community.

Speaking to the Associated Press, for his appearance as international ambassador at Tel Aviv Pride, he said: “I’m just a guy who is married to another guy and we have kids and we live our lives I would say as ‘normally’ as one would.

“But I think normal is a very subjective term, especially in the gay community.”

He added: “I legitimately have no interest in being a representative or an ambassador for anything except my kids.”

Neil Patrick Harris also made reference to the progress of LGBTQ rights since the Stonewall riots took place 50 years ago. “It’s nice to appreciate where we’ve come from,” he said.

“I’m very grateful that I live in a time and in a world where the needle has moved a lot because of others and I’m happy to promote the positivity of it all.” Israel is one of the most LGBTQ tolerant countries in the Middle East, and in the entirety of Asia. Same-sex activity has been legal since 1963, and anti-discrimination laws have been in place since 1992, although laws surrounding discrimination on gender identity do not exist.

Although same-sex marriage is not yet legal in the country, it does recognise marriages that were performed abroad. LGBTQ people are allowed to serve in the military and since 2008 same-sex couples have been able to adopt.

Earlier this year, the Israel Medical Association banned the use of gay ‘conversion’ therapy. A published statement said: “There is a special danger in referring children and teenagers to treatment meant to change one’s sexual orientation.

“A comprehensive review of studies and position papers from other organisations showed an agreement that there is no place for any treatment based on the assumption that homosexuality is a disease or a disorder that requires treatment.”

The statement added: “The treatments to change one’s sexual orientation have been found to be ineffective and could cause mental damage, such as anxiety, depression and suicidal tendencies.”