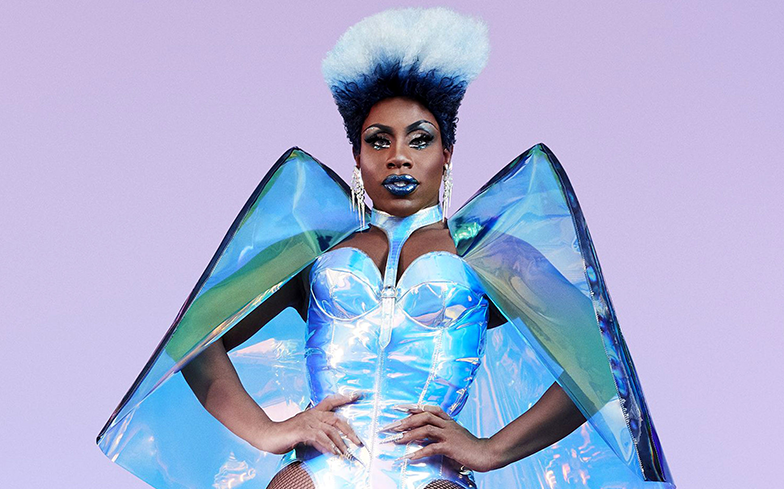 Our wigs have been snatched.

Not only did Monét X Change recently (jointly) win the latest series of All Stars 4, but now the super queen is set to appear in a music video for Madonna.

However, this did come at a slight cost, as Monét was forced to cancel the Haters Roast show she was set to appear at. Writing on Instagram, on a post with the comments turned off, the show said: “Yesterday @monetxchange arrived in Denver to appear on our show.

“Sometime during the afternoon, we’re told she received a phone call from @madonna with an offer to be in an upcoming music video. Monet asked MP if it would be ok to leave the tour to accept the offer. We said no because it was too short notice to replace her on Haters.

“Just hours before the show was to start and without telling anyone including the other queens on the Denver show, Monet left the venue and flew to LA to accept Madonna’s offer. Therefore, we have decided that Monet will no longer be on any upcoming Haters Roast dates.”

As she was unable to respond on Instagram, Monét responded on Twitter, writing: “I wish M&P left the comments on, on their petty ass post say I could say, “Madonna!? Bitch…I’m @Beyonce”

I wish M&P left the comments on, on their petty ass post say I could say, “Madonna!? Bitch…I’m @Beyonce 💅🏾.

Monét received plenty of support from her fans, with one writing: “You made the right decision!!! So excited for you! I hope this one major opportunity will lead to more major opportunities for you in the future! Can’t wait to see the music video.”

Another wrote: “You did the right thing!! You chose light over darkness! It’s very unprofessional from that company to expose private information and using Madonna’s name and motifs to throw you under the bus! Madonna is always FIRST!”

Monét also received support from other queens. Writing on an Instagram story, Aquaria hit back at the Haters Roast saying: “Not surprised this company is still out taking cheap shots at queens who are trying to make the best moves for their career despite knowing that they are indeed difficult choices that affect coworkers and fans in the short term.

“It’s not always easy to chose [sic] what’s best to do but baby when Madonna calls, you pick up, allegedly… which is also probably out of line for you to have mentioned.

“We hate disappointing people probably much more than others hate being disappointed so there’s no reason to vilify someone doing their best in a time where we should be celebrating their success and checking our egos at the door.”

Meanwhile, we’re just excited to see how the video will go. We cannot wait to see Monét slay with Madonna.