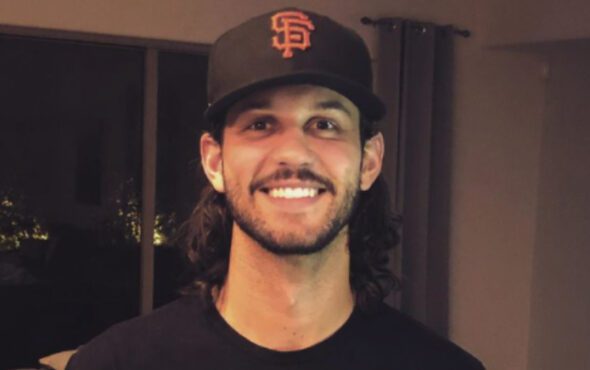 Minor league and MLB prospect baseball star Kieran Lovegrove has publicly come out as bisexual in a brand new interview.

Sitting down with ESPN, the 27-year-old discussed his bisexuality and the existence of more queer athletes in the sport.

“Baseball is a game of statistics. And if you want to tell me that I’m the only queer person in baseball, I’m just not going to agree with you,” he said.

“Someone is terrified because it’s a terrifying prospect to come out. I do encourage any one of them to reach out to me.”

Before embracing his sexuality, Lovegrove distanced himself from his loved ones in an effort to hide his bisexuality.

His eternal struggle with his identity and low prospects of making it to the major leagues ended up affecting his mental and physical health.

After years of hiding, he decided to come out to his teammates in 2019.

Back in September, Ruby made the history-making announcement during an appearance on USA Today.

During his interview, the Salem-Keizer Volcano player revealed that his younger self inspired his coming out.

“I kept thinking about the little 14-year-old me, who was scared because I’m a baseball player who loved country music,” Ruby explained.

“Those are worlds where people like me are told they can’t belong.”

Towards the end of his interview, he opened up about the type of impact he wants to have in the sports world.

“I’m not a hot-shot prospect. But today, you can’t find a single active baseball player who is out publicly,” he said.

“I want to help create a world where future generations of baseball players don’t have to sacrifice authenticity or who they really are to play the game they love.”

Lovegrove and Ruby aren’t the only athletes to come out in 2021.