Maurice a triumphant classic that still has plenty to say – review 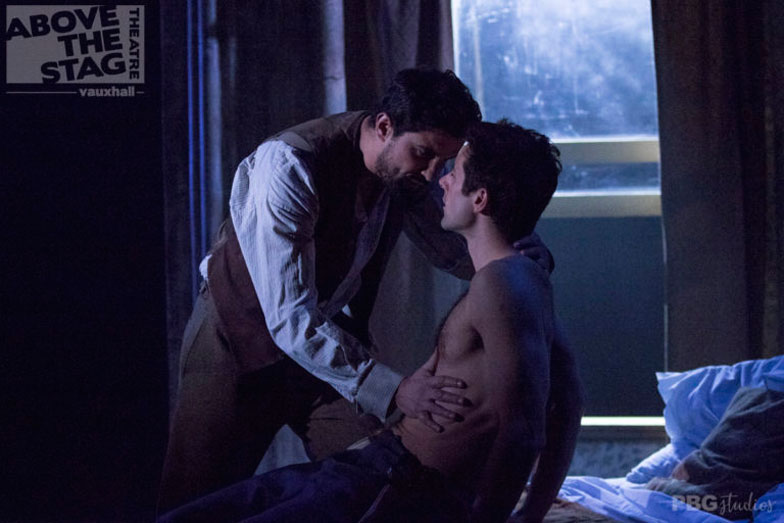 This faithful adaptation of the classic E M Forster novel is a rock solid success.

Hot on the heels of cutting-edge runaway success Grindr: The Opera, London’s Above the Stag Theatre now travels backwards in time to present a rather different take on what it means to be a gay man. Even though it was written just over a hundred years ago, this is a piece that remains startlingly relevant today.

Maurice was famously published posthumously – the author not ready or willing to come out in the social climate in which he existed. Our modern world has eliminated some of the prejudice which lead to this decision, but not all. Understandably, some of the arguments and attitudes put forward by Forster here may seem a little archaic, but he still has much to say to a modern audience on identity and relationships from the perspective of a gay man.

The story revolves around the life and loves of one Maurice Hall – a young man whose realisation of his own homosexuality is quite at odds with the attitudes of the time in which he lives. Here making his professional stage debut is Tom Joyner as the titular character, and he absolutely shines – taking us from Maurice’s schooldays, through university, and into adulthood, with an entirely entrancing performance that truly captivates as the character wrestles with his own sense of self. Notable for his mastery of period language and manner is Max Keeble as Clive – Maurice’s platonic lover, and Leo Turner is delightfully raunchy and rustic as the rather more ‘hands-on’ under-gamekeeper Scudder.

Related: Watch Claire Foy in brand new trailer for The Girl in the Spider’s Web

Underpinning the drama of the changing relationships between the male lovers are the perspectives and beliefs of the everyday folk. Multiple characters are on offer here from seasoned pros Daniel Goode and Crispin Redman – populating the world of the piece with varied and enjoyable portrayals. Bumbling schoolmasters and Cambridge professors are crafted flawlessly by Redman, and Goode’s Lasker Jones – a hypnotist who claims that he can make Maurice straight – is utterly fascinating as a forerunner to modern practitioners of ‘conversion therapy’.

Effervescent and exuberant is Lily Knight as Anne Woods – fiancé to Max Keeble when he suddenly becomes straight. Reeling us in with a fine-tuned sense of comedy, Woods is never better than when being suddenly startled by a cushion behind her – superb stuff!

Inventive and animated direction from James Wilby – who played Maurice in the 1987 film – ensures that this classic tale never feels dusty or staid. Several judicious edits to the original text see us jumping through time with great leaps, and lend a welcome pace to proceedings. Forster himself would be justifiably proud to witness this delicately playful interpretation of his work.

Outstanding set design from David Shields brings the world to life with spires and arches that disconnect, sweep across the stage, and reconfigure into new combinations – as if Lego have released a giant E M Forster playset! Uncommonly beautiful lighting from Jack Weir compliments the story with elegance and grace.

Refined, reflective, and ultimately triumphant – Maurice is a superbly accomplished telling of a classic tale, and is not to be missed.