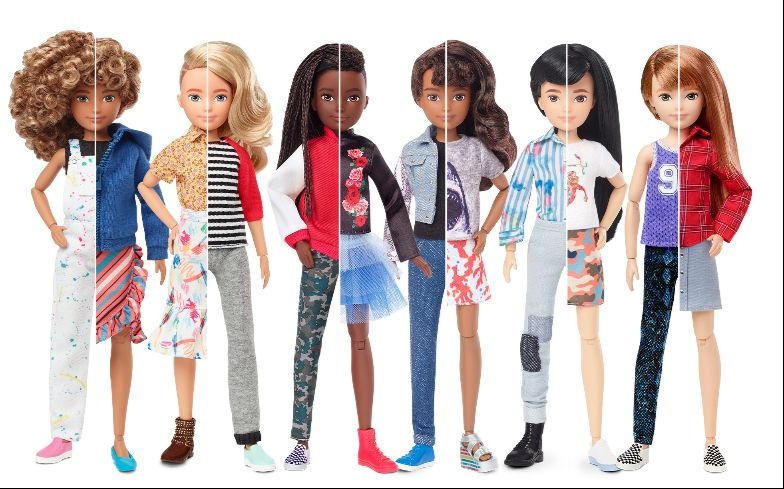 The gender-neutral line encourages all to children to play with the dolls.

Mattel have released a new line of gender-neutral dolls, Creatable World, after research showing that children didn’t want to be playing with toys that fit into binary gender roles.

The Creative World line will allow children to create their own character with different combinations of doll, hair and fashion choices. All of the dolls are fully customisable and can be changed.

Kim Culmone, the Senior Vice President of Mattel Fashion Doll Design, said: “Toys are a reflection of culture and as the world continues to celebrate the positive impact of inclusivity, we felt it was time to create a doll line free of labels.

“Through research, we heard that kids don’t want their toys dictated by gender norms. This line allows all kids to express themselves freely which is why it resonates so strongly with them. We’re hopeful Creatable World will encourage people to think more broadly about how all kids can benefit from doll play.”

Speaking with Time, the president of Mattel, Richard Dickson rejected claims the dolls were a political statement. “We’re not in the business of politics, and we respect the decision any parent makes around how they raise their kids,” he said.

Mattel consulted with groups of children, as well as experts, parents and physicians during the process of creating the new line.

The line comes with six different kits, each containing one doll, two hairstyle options and varying clothes. Each doll is available with different skin tones, and the kit has a suggested retail price of $30.

The Bowie doll was based off of the bisexual singer’s character, Ziggy Stardust, and sported red hair, a metallic spacesuit and cherry-red platform boots. However, as it was a Gold Label doll, it only had a limited availability.