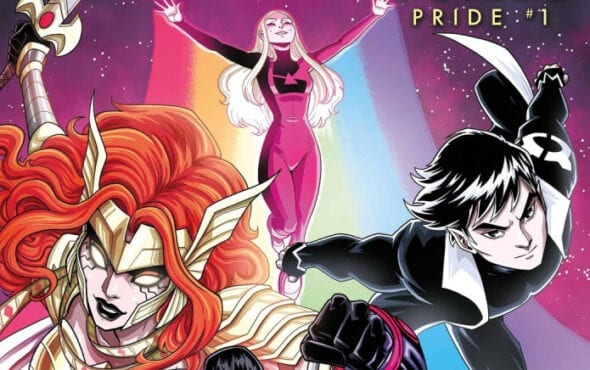 In honour of the upcoming Pride Month, Marvel comics is set to celebrate the LGBTQ+ community with the new anthology series MARVEL’S VOICES: PRIDE #1.

The queer-centred special will be bringing its LGBTQ+ characters to the forefront and will be headed by LGBTQ+ creators.

Northstar, Mystique, Destiny, Nico Minoru, Karolina Dean, Iceman, and Daken are just some of the superhero characters that will be featured in this massive pride event.

Writer Allan Heinberg and artist Jim Cheung are also set to make their return to Marvel for a new original Wiccan and Hulking story.

Luciana Vecchio, an artist and contributor to the upcoming series, opened up about the event and its importance, stating: “It blew my mind when I learned this special was being put together. Something that not too long ago seemed a wild dream is finally happening!”

He continued: “I think this is one of those history-making touchstones for LGBTQ+ representation in Marvel, one of those moments that sets the bar higher and starts a lasting paradigm shift, and I’m just grateful to be lucky enough to be asked to contribute to it.”

Along with releasing the new LGBTQ+ anthology series, Marvel Comics will also be dropping series of new Pride Month inspired covers that will feature some of Marvel’s most popular LGBTQ+ heroes.

Marvel has been on a roll lately when it comes to LGBTQ+ content.

This past week they announced that a gay Captain America will be introduced to celebrate the 80th anniversary of the beloved hero.

The new character is described as “Captain America of the Railways – a fearless teen who stepped up to protect fellow runaways and the unhoused.”

Marvel isn’t the only comic book company set to have a memorable Pride Month.

The series, which is set to be released on 8 June 2021, will be 80 pages long and is created by LGBTQ+ writers and artists.