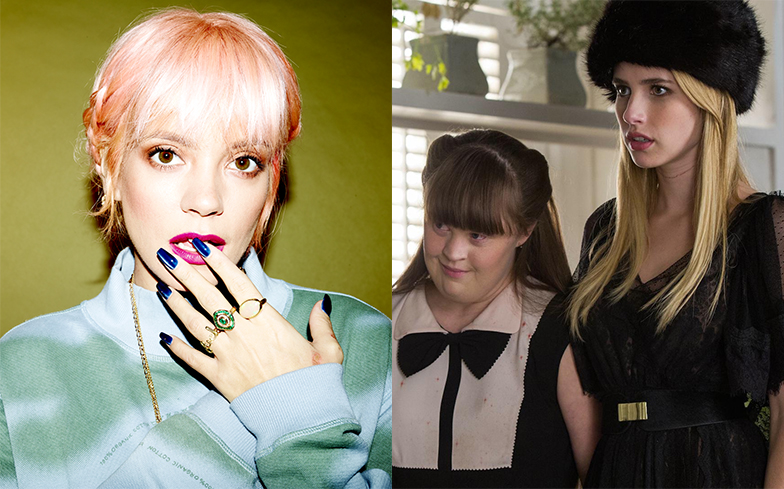 Now this is a celebrity cameo we could get behind!

American Horror Story is known for its A-list guest stars including Lady Gaga, Stevie Nicks, Patti LaBelle and even Naomi Campbell, and now it turns out a well-known British pop star (and low-key gay icon) almost made it onto our screens.

In a series of Instagram stories, hitmaker Lily Allen laughed to herself as she recalled being asked to star in Ryan Murphy’s hit anthology horror series last year, before admitting she forgot all about it and never got back to them.

“Me and my boyfriend today were talking about American Horror Story, and it reminded me of something that happened a while ago – maybe six months, could be a year,” she began.

“This is so embarrassing… so I was called up and asked what my availability was for autumn, I can’t remember whether it was this year or next year, because they were interested in me being in American Horror Story.

“And I remember laughing with my manager about it because it was so far in advance, as if I would know what I was gonna be doing a year and a half from now.

“So then I called my manager today, and he has absolutely no recollection. [He] searched his emails for the words ‘American Horror Story’ and nothing was there. But I know that I did not make this up!

We’d love to see Lily on the show, although we’re not quite sure who she would play. A new addition to the witches’ coven? Or maybe she’d appear as herself like Stevie Nicks did? Either way, we hope it happens soon.

Creator Ryan Murphy has also revealed that this year’s theme could be pushed back until 2021 as it needed to be filmed during warmer months – something that’s not likely to happen due to lockdown caused by the global coronavirus pandemic.

In the meantime, here’s everything we know about season 10 of American Horror Story so far.