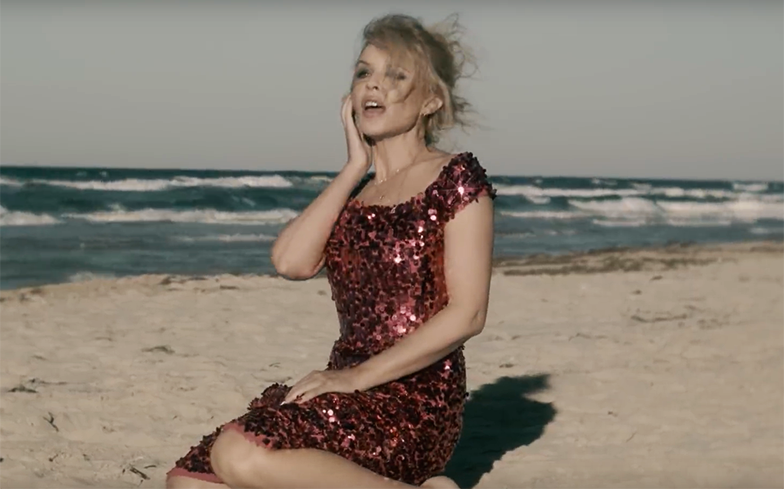 Golden is the third single from Kylie’s 14th studio album of the same name.

The Aussie pop princess turned 50 yesterday, so what better way to celebrate than with a brand spanking new video?

In the clip for the country/pop banger, Kylie prances around the beach in a stunning red sequin dress – and she’s never looked more beautiful.

30 years into her career and she’s still leaving us gagged! Watch below:

Last month, Golden became her sixth number one album in the UK (and her first to top the chart in eight years).

If you fancy seeing Golden live on tour, you’ll be pleased to know that she’s taking the album on the road later this year with an extensive UK and Ireland tour.