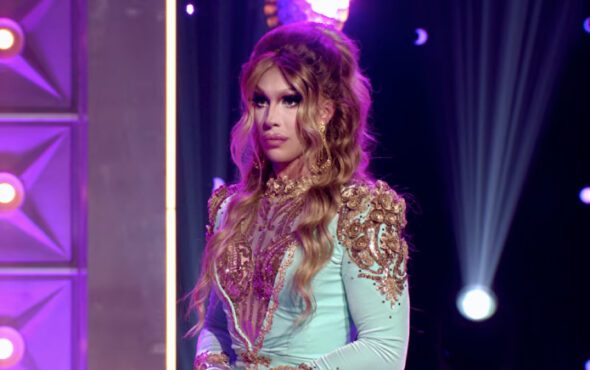 Kameron Michaels has addressed her recent appearance on RuPaul’s Drag Race All Stars.

In the ninth episode of All Stars 6, the legendary season 10 alum made her comeback on the franchise as a lip-sync assassin. As arguably one of the most talented lip-syncers the show has ever seen, her ruturn was inevitable.

To coincide with Charli XCX’s debut as a panellist, Kameron and her opponent, Ra’Jah O’Hara, lip-synced to the British singer’s 2014 hit Boom Clap.

The song choice was met with scathing reviews from viewers, who questioned why this particular pop anthem was used when Charli’s extensive back catalogue includes bangers such as Unlock It, No Angel and, of course, Vroom Vroom.

One fan wrote: “Imagine you have Ra’Jah O’Hara and Kameron Michaels on the same stage about to lip sync… and fucking Boom Clap is the song they have to perform to. This is the universe we live in.”

All Stars 6 contestant Silky Nutmeg Ganache even criticised the song choice as she referenced her infamous No Scrubs lip-sync, tweeting: “Songs that should not be a lip sync on Drag Race. No Scrubs and Boom Clap. Destined for low energy.”

Ra’Jah, who lost the lip-sync to Kameron, was even forced to tell her followers that she didn’t “throw” the performance, and that she just didn’t “vibe” with the track, which was released as the official single for The Fault In Our Stars soundtrack.

Kameron then addressed her comeback in a lengthy Instagram statement.

In the post, which has since been deleted, the star said she was “hurt, disgusted and devastated by the entire situation”. Whether her comments are in reference to the song choice or her edit remains to be seen.

“Every girl looks forward to coming back and having their moment to shine. I feel cheated. And worst of all, I said yes and agreed to do it… Which is something I have to deal with now and will take me a very long time to get over.

“If I could go back in time I never would have stepped foot on that stage. I know my worth and my talent and I feel like I was used for some quick cheap storyline.

“Some queens are comedians, some are models, and some are performers. I am a performer through and through.”

Kameron then explained that the “one thing” she excels in has been “tainted” and the lip-sync “hurts my heart so much”.

The entertainer then chose to share photos of her look from the episode, out of respect for everyone who was involved. However, she added: “If it were up to me, they would never see the light of the day.

“Which is upsetting that these images feel tainted to me now, because I felt so beautiful. All of my comments and messages will remain off until I’m back in good spirits.”

Kameron ended her post: “And f*ck that stupid song.” Following Kameron’s win in the lip-sync, the star revealed who the rest of the All Stars chose to get the chop: Eureka. This means the final four (for now) of All Stars 6 is Ra’Jah, Ginger Minj, Kylie Sonique Love and Trinity K. Bonet.

On next week’s episode, the “game within a game” twist will finally be ruvealed.

Not only that, the eliminated queens – Serena Cha Cha, Jiggly Caliente, Silky Nutmeg Ganache, Yara Sofia, Scarlet Envy, A’Keria C. Davenport, Jan, Pandora Boxx and Eureka – will ruturn to fight for a place in the competition.

Check out our five theories about the twist here.